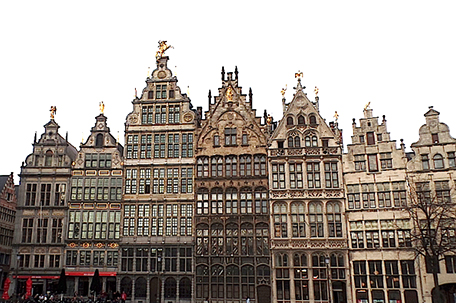 Last week a political analyst remarked that the world cannot allow terrorists to become our travel agents. By extension, we cannot allow their actions to limit our worldview so that we no longer seek to learn about different cultures and marvel at treasures displayed in all across the globe. In March, Belgium was the victim of an attack and the world reacted instantly in a spirit of camaraderie and expressions of solidarity. Belgium continues to welcome visitors and as travelers we can display our support by continuing to visit the festivals, museums, restaurants and UNESCO sites the country has to offer. visitbelgium.com

Belgium, because of its location at the heart of Europe, has been disputed territory for years and has been occupied numerous times, most recently in both World Wars by the Germans. Belgium was one of the most devastated countries after WWII and as such was the recipient of funding from the Marshall Plan to rebuild. The resulting infrastructure allowed NATO to be based there in 1949 and the highway system and international flavor make Belgium an ideal destination. 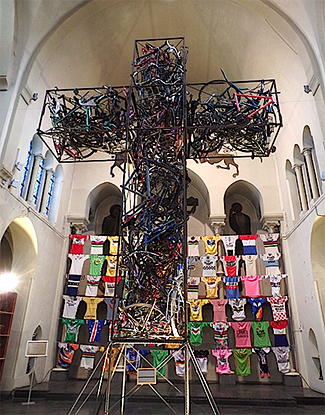 Flanders, a region in northern Belgium, is one of three of Belgium’s regions and home to Antwerp, Bruges and Ghent. Flanders was autonomous from 862-1795 when it fell under Austrian rule. Today, Flanders shares borders with France, the Netherlands and the North Sea. The Kusttram, or Coast Tram, offers the longest tram service in the world traversing the 42-mile shoreline. visitflanders.com

Flanders is considered the cycling capitol of Europe and has a broad network of cycle routes that allow access throughout the region. Maps and signs are designed to leave nothing to chance whether you are a professional or a hobbyist. There are two types of routes, the 1,864-miles Main Cycle Paths (MCP) and the 746-miles Long Distance Routes.

The Ronde van Vlaanderen, the Tour of Flanders, celebrated its hundredth anniversary this year. It is famous for its level of difficulty due to the cobblestones and 19 steep climbs. Racers must maintain a pace of 25-28 mph throughout the one day race. No American has placed first.

Antwerp dates from the 5th-century when Germanic tribes settled the area. Under Maximilian I the city flourished as a shipping port and trading center but In the 1560s Philip II sent in soldiers and instituted the Inquisition to halt the Reformation. In 1576 all Protestants were forced to leave and Antwerp was deemed a Catholic city resulting in a loss of wealth, craftsmanship and status. visitantwerpen.be

Modern Antwerp is a perfect blend of the contemporary and the historic with fashion houses, restaurants and other venues situated in medieval structures. Strewn among the gothic and renaissance buildings are new constructions by world-class architects. The Port of Antwerp is the second largest port in Europe and in the mid-1500s 40 percent of the world’s trade passed through. The world’s first official stock exchange was established in 1531 and the city’s Diamond Quarter, 1-sq. mile, houses more than 4,500 diamond dealers. If you need something to wear with your diamonds Antwerp is the place to fulfill your couture dreams. Since the 1980s, it has been an important fashion center with shops representing every major international designer making shopping an extraordinary experience. fashioninantwerp.be 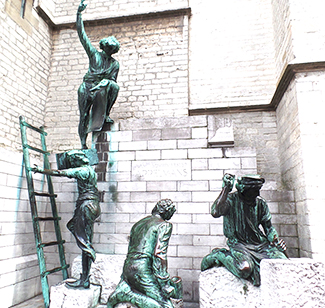 A walking tour should begin at the Het Steen, a 13th-century medieval fortress, located overlooking the Scheldt River. The city was settled around it on the left bank and it is the oldest building in Antwerp.

Antwerp’s symbol, the hand, can be found in architectural elements and on the city seal and the city’s name literally means “to throw a hand.” Legend has it that a Russian giant once terrified the inhabitants and severed the hands of any sailors from ships that refused to pay toll. Roman soldier Silvius Brabo decapitated the giant and threw his hand into the river. In 1887 an elaborate figural fountain commemorating the feat was placed in the Grote Market in front of the 1564 Flemish Italian Renaissance style Town Hall and surrounded by guild houses.

There are five significant historic churches dating from the 16th and early 17th-centuries. Peter Paul Rubens designed St. Charles Borromeo Church and the Baroque 1571 St. Paul’s Church showcases 200 sculptures and 50 artworks by the likes of Rubens and Van Dyke. If you have only time to visit one church, it must be the gothic 1352 Cathedral of Our Lady. The cathedral was completed in 1521 and has endured fire, attacks, plunder, renovation and restoration and remains the largest gothic church in the Low Lands. The spire rises 403-ft.

Tours feature magnificent guild altars located against the pillars, two organs and 16th and 17th-century paintings including four Rubens altarpieces, “Raising of the Cross,” ”The Descent from the Cross,”  “Assumption of the Virgin Mary,” and “Resurrection of Christ.” The Rubens works were completely painted by Rubens. An ornately carved altar is a focal point. 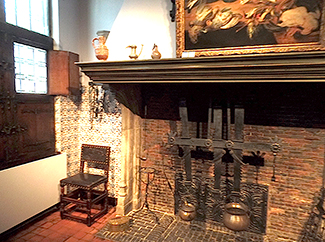 Green Place Square was once a cemetery. It is now a frame for a bronze statue of Antwerp’s foremost painter, Peter Paul Rubens.

Ruben and his first wife purchased their home in 1610 and he continued to enlarge it until it consisted of three adjacent homes and a garden. The house tour begins in the glass visitor center and continues into the home that Rubens occupied until his death in 1640. He was an avid art collector and some of the pieces are on display. Highlights include a semi-circular statue gallery and his studio complete with gallery where he and rich patrons sat to overlook his workshop. Rubens drew the initial sketches, assistants would do the work and Rubens would then add the finishing touches. If the commission was important Rubens would complete the work in its entirety.

Your best bet is to purchase an Antwerp city card good from 24-48 hours. It includes transportation, attraction admission and discounts. American Airlines offers non-stop flights from Philadelphia to Belgium. #visitflanders

I wish you smooth travelers!