Tech Life: How to tell if your smartphone was hacked 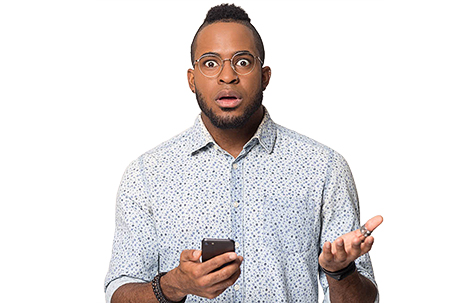 So, what did the spam text message that you just got look like? Was it from your cell phone carrier, telling you that you’ve won a free smartphone? Or was it from your bank, warning you about suspicious activity on your account? Whatever it was, it’s a very safe bet that you’ve experienced some type of text message scam recently. According to some statistics, “smishing” incidents – that’s when someone uses SMS to “phish” for information – have increased 24% in the last year. And the Federal Trade Commission reports that these scam texts have cost US consumers $131 million in 2021.

Hackers are looking to gain access to your smartphone to get sensitive information, take control of your camera or microphone, or even track you as you go about your day. The scams are getting increasingly more sophisticated and it’s getting harder to tell if your smartphone has been hacked, so here are some signs to look for.

Performance issues affect productivity: If you notice that your smartphone doesn’t seem to work as well as it used to, that could be a sign that you’ve been hacked. Some clues are websites that load more slowly than before, apps don’t launch as quickly, or your battery no longer holds a charge. If your phone is relatively new and in good working condition, these issues can be some indication that your device has been compromised.

Things start to heat up: If you find your phone running hot or overheating for seemingly no reason, this could indicate malware running in the background and using your phone’s computing power, data, and other resources.

A ghost in the machine: If things start happening on your smartphone that you didn’t initiate, like the appearance of apps you didn’t download, calls or texts you didn’t make or send, changes to your home screen, or spikes in data usage, it’s time to start looking for malicious software and assume you’ve been hacked.

If you do think you’ve been hacked, start by taking inventory. On iPhone, a list of all the apps on your phone can be found at the bottom of your ‘Settings.’ On an android phone, head to ‘Settings,’ then ‘Apps’ to find your apps. Delete/Uninstall anything you did not initially download yourself. There are also antivirus apps you can download from companies like McAfee and Norton that can scan your phone for malicious software. And when all else fails, you may have to do a factory reset of the device. Keep in mind though, that if you don’t have a backup version of your phone from before it was hacked, you may be starting over from scratch.

And while it’s good to know when your device has been compromised and how to fix it, you also want to take some precautions so that it doesn’t happen in the first place. First – do not click on any links sent via text message. Make sure you use caution connecting to public wi-fi and public charging stations. Use strong passwords and enable two-factor authentication for all your accounts. It’s also not a good idea to download apps from unauthorized app stores either. And do not let your smartphone out of your sight – a lot of malware (tracking spyware especially) gets installed by someone who has gained physical access to your device.

It can feel overwhelming trying to stay one step ahead of hackers, but it is critical that we stay informed and do our best to educate ourselves about new threats as they appear. Information, sensibility, and even a healthy skepticism can all help keep our smartphones safe.

Stephanie Humphrey is a former engineer turned tech life expert and author. She is a contributor to Fox 29’s “Good Day Philadelphia” and the co-host of “The Tech Jawn” podcast. You can find Stephanie all around the web @TechLifeSteph and purchase her book “Don’t Let Your Digital Footprint Kick You in the Butt!” on Amazon.

Do you really need a new smartphone?

Tech Life: Tech to help protect you from the police