Why Do We Celebrate Women’s History Month? 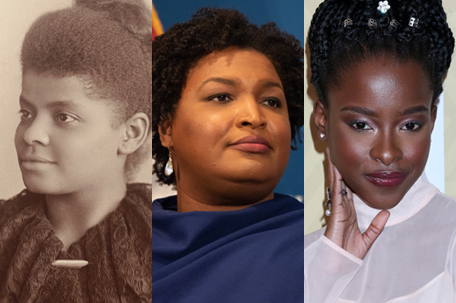 Women’s History Month is a dedicated month to reflect on the often-overlooked contributions of women to United States history. From Abigail Adams to Susan B. Anthony, Sojourner Truth to Rosa Parks, the timeline of women’s history milestones stretches back to the founding of the United States.

The actual celebration of Women’s History Month grew out of a weeklong celebration of women’s contributions to culture, history and society organized by the school district of Sonoma, California, in 1978. Presentations were given at dozens of schools, hundreds of students participated in a “Real Woman” essay contest and a parade was held in downtown Santa Rosa.

A few years later, the idea had caught on within communities, school districts and organizations across the country. In 1980, President Jimmy Carter issued the first presidential proclamation declaring the week of March 8 as National Women’s History Week. The U.S. Congress followed suit the next year, passing a resolution establishing a national celebration. Six years later, the National Women’s History Project successfully petitioned Congress to expand the event to the entire month of March.

International Women’s Day, a global celebration of the economic, political and social achievements of women, took place for the first time on March 8, 1911. Many countries around the world celebrate the holiday with demonstrations, educational initiatives and customs such as presenting women with gifts and flowers.

The United Nations has sponsored International Women’s Day since 1975. When adopting its resolution on the observance of International Women’s Day, the United Nations General Assembly cited the following reasons: “To recognize the fact that securing peace and social progress and the full enjoyment of human rights and fundamental freedoms require the active participation, equality and development of women; and to acknowledge the contribution of women to the strengthening of international peace and security.”

Women of our past, present and future helping to shape and improve society

Civil rights activist and visionary Ida B. Wells-Barnett created her own journalistic niche in yet another niche in the late 1800s in Memphis, Tennessee — the male dominated Black press — and was successful.

However, although she was always mindful of the advocacy role of the business — she later became one of the founding members of the NAACP — the lynching of a friend there changed the trajectory of Wells’ life forever.

She began an aggressive publishing campaign to bring awareness to the lynching epidemic in the country at the time, which investigated the false claims that often led to these murders and other forms of the white mob violence. Even after incensed locals burned her press down and caused her to flee up North, she never wavered in her public crusade for justice and advocating for the victims of this barbaric crime, speaking out boldly both in the United States and abroad on the topic for the rest of her life.

Political leader, voting rights activist and bestselling author Stacey Abrams served successfully for eleven years in the Georgia House of Representatives, seven of those years as its Democratic leader.

As a child coming from a family of Civil Rights Movement activists and advocates, Abrams is keenly aware of the historic and current issues surrounding voter suppression and intimidation.

That said, despite her deep understanding of this decades long struggle, and after making history in 2018 — Abrams was the first Black woman to become the gubernatorial nominee for a major party in the United States — she was not immune to its effects. Her rival in this race, then Georgia Secretary of State Brian Kemp, the state’s top election official with a glaring conflict of interest, bested Abrams through the narrowest of margins, prompting public outrage and allegations of impropriety, even after a recount.

Not to be deterred, Abrams took this defeat and poured all of her passion and energy into several of her advocacy organizations and initiatives. One of the organizations, Fair Fight, was founded in 2019  to address voting rights inequities and to support other like-minded candidates and policies.

Her efforts paid off well when the organization’s Fair Fight 2020 initiative not only helped to deliver Georgia’s electoral votes to Joe Biden and Kamala Harris, but also helped Raphael Warnock and John Ossoff win their December runoff elections. That win produced a 50-50 split in the Senate, with Vice President Harris as the tiebreaker. As a result, the Democratic Party controls both the executive and legislative branches of government for the first time in 11 years.

According to her website, Gorman began writing at only a few years of age, and her work has won her invitations to the Obama White House and to perform for Lin-Manuel Miranda, Al Gore, Secretary Hillary Clinton, Malala Yousafzai, and others.

However, on January 20, 2021, during the inauguration of President Joe Biden and Vice President Kamala Harris, Gorman burst onto the national and international stage in earnest as the youngest inaugural poet in U.S. history. The evocative poem she read that day, entitled “The Hill We Climb,” is from her debut poetry collection of the same name.