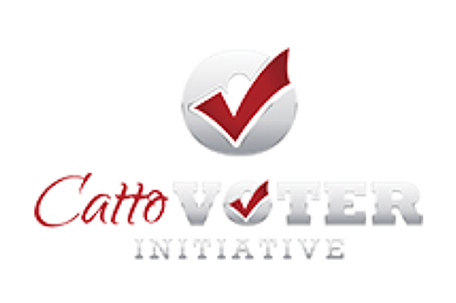 The tradition of Memorial Day began on May 1, 1865, in Charleston, South Carolina. In the midst of ruins and at the war’s end, 10,000 African American former slaves and some White Union army allies inaugurated Decoration Day in an extraordinary parade on the Planters’ Race Course (a horse track). Some 260 Union soldiers had died in an open-air prison at the race course, and Black Charlestonians buried them properly, marched with armloads of flowers, sang national hymns and spirituals, read from scripture, and were the first to practice what became Memorial Day in a ceremony of such scale. For them, it was more than an official honoring of the dead; it was a declaration of the meaning of the war and of their own freedom — the coming of Jubilee.

During the final year of the war, the Confederate command in the city of Charleston had converted the race course into a prison. Union soldiers were kept in terrible conditions in the interior of the track, without tents or other coverings. At least 257 died from exposure and disease, and were quickly buried without coffins in unmarked graves behind the judge’s stand.

After the fall of the city, Charleston’s Blacks — many of who had witnessed the suffering of Union soldiers at the horse track prison —  insisted on a proper burial of the Union dead.

The symbolic power of the Planters’ Race Course was not lost on these recently freed people. In conjunction with the missionaries and teachers among three freedmen’s relief associations at work in Charleston, they planned a May Day ceremony that a New York Tribune correspondent called “a procession of friends and mourners as South Carolina and the United States never saw before.”

The “First Decoration Day,” as this event came to be recognized in some circles in the North, involved an estimated 10,000 people; most of them formerly enslaved Black people. During April, not long after the assassination of President Lincoln, 28 Black men from the Black churches built a suitable enclosure for the burial ground at the Race Course. They constructed a fence ten feet high, enclosing the burial ground, and landscaped the graves into neat rows. The wooden fence was whitewashed and an archway was built over the gate to the enclosure. On the arch, painted in black letters, the workmen inscribed “Martyrs of the Race Course.”  This was built and completed in ten days.

At 9 o’clock in the morning on May 1, the procession to this special cemetery began as 3,000 Black school children (newly enrolled in freedmen’s schools) marched around the Race Course, each with an armload of roses and singing “John Brown’s Body.” 300 Black women representing the Patriotic Association, a group organized to distribute clothing and other goods among the freed people, followed the children. The women carried baskets of flowers, wreaths, and crosses to the burial ground.

The Mutual Aid Society, a benevolent association of Black men, next marched in cadence around the track and into the cemetery, followed by a procession of white and Black citizens. All dropped their spring blossoms on the graves in a scene recorded by a newspaper correspondent: “When all had left, the holy mounds-the tops, the sides, and the spaces between them-were one mass of flowers, not a speck of earth could be seen; and as the breeze wafted the sweet perfumes from them, outside and beyond…there were few eyes among those who knew the meaning of the ceremony that were not dim with tears of joy.” While the adults marched around the graves, the children were gathered in a nearby grove, where they sang “America,” “We’ll Rally Around the Flag,” and “The Star-Spangled Banner.”

The ministers of all the Black churches in Charleston conducted the official dedication ceremony. With prayers, the reading of biblical passages, and the singing of spirituals, Black Charlestonians gave birth to an American tradition. In so doing, they declared the meaning of the war in the most public way possible — by their labor, their words, their songs, and their solemn parade of roses and lilacs and marching feet — on the old Planters’ Race Course. One can only guess at which passages of scripture were read at the graveside on this first Memorial Day.

Among the burial rites, the spirit of Leviticus, Chapter 25, was surely there:

“For it is the jubilee; it shall be holy unto you… in the year of this jubilee ye shall return every man unto his possession.”

After the dedication, the crowds gathered at the race course grandstand to hear speeches by Union officers, local Black ministers, and abolitionist missionaries, all chaired by the director of freedmen’s education in the coastal region. Picnics were held around the grounds, and in the afternoon, a full brigade of Union infantry, including the 54th Massachusetts and the 35th and 104th United States Colored Troops, marched in double column around the Union graves, and held a drill on the infield. The war was over, and Black Americans had founded Memorial Day in a ritual of remembrance and consecration. They had created for themselves, and for us, the Independence Day of the Second American Revolution.

The O.V. Catto Initiative Jubilee Project has chosen this Memorial Day, because it is 152 years since May 30, 1868 when General Orders No 11 by order of the Commander in Chief of the Grand Army of the Republic, General John A. Logan, designated May 30 as the day to honor our war dead.

Please remember and offer blessings to anyone who ever served in the military services of the United States. Especially the 200,008 Black men who fought for our freedom during the American Civil War.