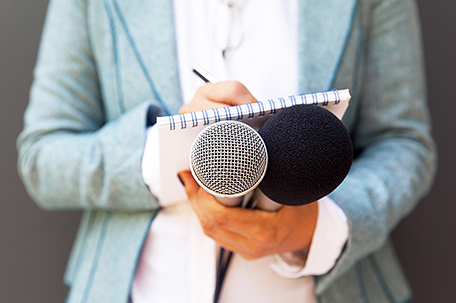 For the first time in three years, I watched a presidential news briefing on Wednesday. And I didn’t have a headache afterward.

“Recent weeks and months have taught us a painful lesson. There is truth and there are lies, lies told for power and for profit. And each of us has a duty and responsibility, as citizens, as Americans, and especially as leaders, leaders who have pledged to honor our Constitution and protect our nation, to defend the truth and defeat the lies.”

When President Joe Biden spoke these words as part of his inauguration speech, a lot of Americans breathed a sigh of relief.

You see, the “lies told for power and profit” that Biden was referencing were the kinds of lies that made QAnon-ers believe that there was going to be some blowup at the inauguration. The kinds of lies that cause hundreds of people to descend upon the Capitol in the hope that former Vice President Mike Pence would rip up the Constitution and allow Donald Trump another four years as Liar-In-Chief.

The kinds of lies that folks are being made to snap out of thanks to the FBI knocking on folk’s doors. And many of those lies have come from the briefings held by the White House Press Office.

Whether it was Sean Spicer, Sarah Huckabee Sanders or Kayleigh McEnany, the press conferences were more than a little truth deficient. And the things that were lied about ranged from the size of Trump’s inauguration crowd, which in retrospect was a pretty minor lie, to the amount of COVID-19 testing the administration was doing, to widespread voter fraud.

So, just out of curiosity, I made it a point to watch the first White House press briefing from the Biden administration on Wednesday. Press Secretary Jen Psaki met with members of the media to tell them about the 15 Executive Orders he signed, the Trump administration policies they reversed, and what the new administration would be doing in the coming days.

But it was the first question that got me. One of the reporters asked Psaki if she saw  her most important job as moving the Biden administration’s agenda forward, or giving reporters the most factual information possible.

Her answer let us know that press briefings might go back to, well, actually providing a base of information that reporters can use to go out and get more information for stories.

“When the president asked me to serve in this role, we talked about the importance of bringing truth and transparency back into the briefing room,” Psaki said. “I have a deep respect for the role of a free and independent press. We have a common goal, which is sharing accurate information with the American people.”

“There will be times when we see things differently in this room,” she continued. “That’s OK. That’s part of our democracy.”

That Psaki took a question from a Fox News reporter shortly after that was just a coincidence, I’m sure.

But that said, it was kind of refreshing to see a press briefing that was more of an information event than they have been the last four years. For the first time in a long time, my intelligence didn’t feel insulted watching one of these things.

And that’s kinda all reporters want. To not have their intelligence insulted. The relationship between reporters and sources can sometimes be adversarial, but for the last four years it was disrespectful and, in the case of some reporters, threatening.

Getting straight answers from the administration through press briefings is going to be really important, especially as we continue to navigate the COVID-19 crisis.

Let’s hope that Psaki keeps her promise of trafficking in truth and not “alternative facts.”

Four years of that was quite enough.