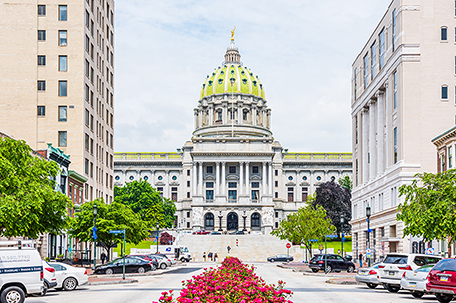 Now that you know what the Pennsylvania Legislature is, here are the people who hope to legislate there on Philadelphia’s behalf.

On Tuesday, those who haven’t exercised their right to vote by either mailing in their ballot or dropping it off at a satellite center will be heading to their polling places to not only place their votes for president, but also for local offices, including the Pennsylvania Legislature.

While some of these seats were decided in the primary because the people running for them ran opposed, others will depend on how well the combatants have battled since winning their primaries in June.

Let’s meet your candidates for the Pennsylvania Legislature:

Here Philadelphia’s Senate candidates. All of them are unopposed:

District 1: Nikil Saval: It used to be that in Philadelphia, it was easier to get a camel through the eye of a needle than it was to unseat an incumbent.

But recent elections have shown that’s changing, and the latest example is the success of Nikil Saval. Saval, the first Asian American elected to lead Philadelphia’s 2nd Ward, defeated incumbent State Sen. Larry Farnese in the primary. He was one of Bernie Sanders’s emissaries in 2016 and is backed by the progressive group, Reclaim Philadelphia. Among his platform priorities are universal housing, universal healthcare, educational equity and a Green stimulus plan.

He’ll probably also have some of the best written bills in the legislature because before he went into politics, Saval was an author and co-editor of the literacy magazine n+1.

District 3: Sharif Street: Most Philadelphians don’t think much about what you can buy at Bass Pro Shops. While some of us might fish for fish you can’t really eat among the Schuylkill River, we’re not big hunters or anything like that.

But most Philadelphians aren’t Sen. Sharif Street, who can tell you that among the things you can get at Bass Pro Shops is a semi-automatic rifle and the armor piercing bullets that go with it.

Street, who is currently the vice chair of Pennsylvania’s Democratic Party, is running for his second term representing the 3rd Senatorial District. His platform includes improving healthcare access, finding more money for public education and investing in technology. He’s also a housing advocate, and, in case you couldn’t tell, an advocate for tightening Pennsylvania’s gun laws.

District 5: John Sabatina: Sen. Sabitina has represented the 5th Senatorial District in Northeast Philadelphia since 2015. He won the seat in a special election in 2015, replacing Mike Stack when he resigned to become lieutenant governor. He has been an advocate for victim’s rights, crime prevention, neighborhood development and senior citizens.

District 7: Vincent Hughes: Since 1994, Vincent Hughes has represented the 7th Senatorial District in West Philadelphia. He’s the current chair of the appropriations committee, and is a member of —among other things — the rules and finance committees, which means he’s one of the most powerful Philadelphians in Harrisburg. His legislative priorities include education, social justice and police reform, and helping small businesses impacted by the COVID-19 pandemic.

When it comes to State Representatives, most of the Philadelphia delegation is also running unopposed. They are as follows:

District 170, Martina White (Republican, Incumbent) vs. Mike Doyle (Democrat) Despite representing a majority Democratic district, White, who was recently elected leader of Philadelphia’s Republican Party, has strong support for a third term. She’s backed by the Fraternal Order of Police due to her support for a bill that would block cities from releasing the identities of on-duty officers who shoot civilians and she’s also a favorite of those who think cities should be punished for providing sanctuary to undocumented immigrants.

Doyle is taking his second shot at White, although he didn’t run as a Democrat in the primaries, opting instead to go the write-in route. He’s a harm reduction advocate who wants to, among other things, restructure the Fraternal Order of Police. He’s supported by Reclaim Philadelphia.

If the last name Boyle sounds familiar, it’s because Kevin, who has served this district since 2011, is the brother is U.S. Rep. Brendan Boyle, and both of them make up part of a family that’s been involved in Northeast Philadelphia politics for quite some time. Kevin Boyle was active in the 2020 election reform process and supported no-excuse vote by mail, among other things. He’s also introduced legislation allowing municipalities to set their own minimum wages.

Bashir was born in Pakistan and came to the United States in 2001. He’s a PhD candidate and his campaign focuses on seniors and education. He’s also an advocate for the Second Amendment that has gotten endorsements from the Pennsylvania Pro-Life Federation and the Political Action Committee Firearms Owners Against Crime.

In 2018, as part of a wave of Democratic gains, Joe Hohenstein took what was once a reliably Republican seat. The former immigration attorney co-sponsored a bill in the State House that would expand emergency sick leave benefits for those impacted by the coronavirus and pledges to secure more resources for families and businesses from Harrisburg. He also wants to ban the purchase of assault weapons.

Nungesser of Port Richmond wants to bring more trade schools into the district to prepare students for work and has advocated against Gov. Tom Wolf’s coronavirus shutdown orders. He’s also opposed to “sanctuary cities” and is a strong supporter of first responders.

Sims almost didn’t make it through the Democratic Primary to make a run for a fifth term in this district. He’s one of the House’s more outspoken progressives and is as well known for his missives on Facebook as he is for any legislative victories.

A salesman and civic group leader in Logan Square, Murray’s signature issues include fighting against SLAPP (Strategic Lawsuit Against Public Participation) lawsuits and reforming the city’s wage tax. Like most of the Republicans on this list, he’s also hoping to legislatively reverse Mayor Jim Kenney’s “sanctuary city” policy if elected.

Once upon a time, Fiedler was a reporter for WHYY radio. Now, she’s vying against Republican Lou Menna IV for a second term in the Pennsylvania State House. She’s a member of the Philadelphia delegation’s leadership team and the House appropriations committee.

Menna IV is a lifelong resident of South Philadelphia and is running almost 100 years after his great-grandfather, also named Lou Menna, held a seat in the House. A graduate of the Girard Academic Music Program graduate and recipient of a kidney transplant, his campaign issues include crime, taxes, no-kill shelters and bike lanes.

You couldn’t blame the residents of the 190th District if they based their vote completely and totally on the ability of the person holding this office to stay out of trouble and finish their term.

The last two people who represented the 190th — former State Reps. Vanessa Lowery Brown and Movita Johnson Harrell — were forced to resign after being convicted of crimes, so the bar is pretty high for Amen Brown and Wanda Logan.

Brown, an entrepreneur, beat out incumbent G. Roni Green (she won the office in a special election after Johnson Harrell’s conviction) and lawyer Danyl Patterson to be the Democratic nominee for the seat.

Logan is a businesswoman who had also ran for the seat as a Democrat before switching to Republican to run this time around. She was among the people that Green beat for the seat in the March special election.

Those calling for more electoral choices are going to love the 194th District race because it features more than just Democrats and Republicans.

Pamelia Delissio is vying for her fifth term representing this district, which is part Philadelphia, part Montgomery County. She’s from Roxborough and describes herself as “a moderate, aisle-crossing, smart, non-extreme legislator” whose priorities include voting reforms and redistricting.

Goldman Riley is an attorney from Manayunk who supports charter schools and lists developing neighborhood issues such as housing density and traffic congestion among her main issues.

Both women are running against Libertarian Balsar, who also ran for this seat in 2018. He is a managing consultant at IBM and serves as chair of Philadelphia’s Libertarian Party. He unsuccessfully ran for Councilmember Curtis Jones’s seat in 2019.