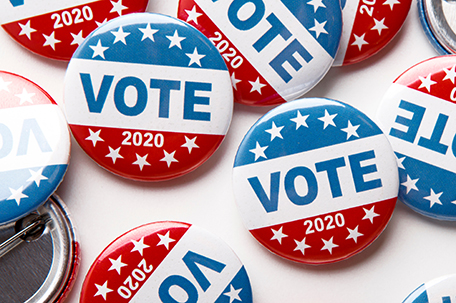 Election cycles are the courtship; engaging with representatives on a regular basis, in good times and bad — beyond simply rage Tweeting and reposting links — is the marriage.

At the conclusion of every presidential election cycle — especially a contentious and historic contest like that we’ve just experienced — there are always calls to take stock.

The winners are immediately bombarded with not so gentle reminders of campaign promises, the repudiation of the political party status quo, favors owed, and mandates given, in no particular order. The losers tend to point fingers, lay blame, and stew in their own juices, yet somehow regroup and move on.

In the 21st century, this process plays out intensely on social media and through cable news punditry, viral videos, memes and more.

However, as the months stretch on, that initial enthusiasm wanes on all sides. Ironically, this usually occurs around the same time as the local and state elections that follow — as well as the federal midterm contests — begin to heat up.

The electorate basically returns to its own status quo, neglecting one of the key responsibilities of civic engagement beyond voting — regularly engaging and communicating with those for whom they voted, and those for whom they did not vote but who still represent them. This is especially important when it comes to local and state representatives and officials — the electeds with the most impact on the issues that affect our daily lives. Even as many of the traditional ways used to engage with them have changed, it’s still important.

“The challenge for us is staying connected to the issues people feel are important to them,” State Sen. Anthony H. Williams (D- 8th Dist.), who is the Senate Minority Whip, said. “The days when 200 or 300 people would show up and say ‘There’s a community meeting’ have changed. What else has changed is [that although] the demands of the voter are not decreased, their connectivity has changed.”

In response, the constituent will often tell Williams that as their elected representative, he should already be aware of whatever the issue is; however, it is more complicated than that given the demands of the office, he said.

It’s a partnership that requires accountability on the part of everyone involved, including informing elected officials about any areas of concern, Williams said.

“It’s not so much the word “accountability“ from the standpoint of aggressiveness — it’s accountability from the standpoint of information,” he said. “If you’re going to hold me accountable [as your representative], and I’m informed, but don’t respond, then we know what should happen. But if you’re holding me accountable for something that a state official that is not local does not necessarily know because they are in Harrisburg or something like that, then we have to work together.”

We live in an age where information is available literally at most people’s command — including information on how to reach reps on several platforms 24/7 and simplified explainers about how the political process works. Even those with limited internet access can still reach their reps via telephone and stay informed through traditional media outlets.

Going home and disengaging until the next national crisis or presidential contest while neglecting those in between is always going to yield the same results — whether those you supported win office or not.

If anything the few election cycles have taught us (or should have taught us) is that not only do elections matter, but engagement matters — whether it concerns a broken streetlight, a ribbon cutting at a neighborhood shopping center, unchecked gentrification, a community crisis, stalled legislation or unfunded mandates.

And while the ways we engage with each other have moved largely to the virtual realm due to the pandemic and technological advances in general, it remains a process that requires our full participation as partners — from constituent to representative.