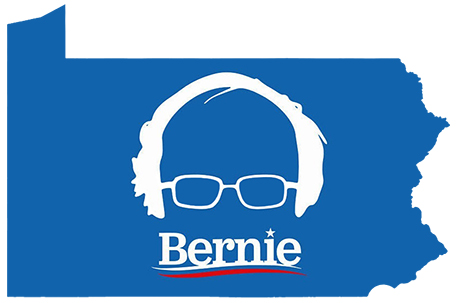 PHILADELPHIA – Digital organizing efforts in Pennsylvania are ramping up ahead of the state’s April primary. Over the weekend, Bernie 2020 in Pennsylvania hosted its first two days of digital house parties, with field organizers and volunteers reaching out to more than 3,000 people through the Bern app. The virtual house parties followed two digital grand openings on Thursday and Friday, during which Pennslyvanians signed up for more than 600 volunteer shifts.

“This team is better equipped than any other to use digital tools to reach volunteers and voters, and that’s exactly what we intend to do over the coming weeks. We are building an unprecedented organizing program that will allow for people to organize from home while also being a part of a broader community in a moment when we need to come together,” said Bernie 2020 Pennslyvania State Coordinator Brooke Adams. “We have seen so many people join in solidarity across the state, fighting harder than ever for desperately needed change, like universal health care and paid sick leave. It’s increasingly clear that in this moment of fear and instability, Bernie Sanders is providing the leadership and vision we need.”

On Saturday evening, Sen. Bernie Sanders hosted his first Fireside Chat inspired by FDR in front of 100,000 concurrent viewers, and the video has now been viewed millions of times across the campaign’s digital platforms. Across the country Bernie 2020 is utilizing its relational organizing capacity via the BERN app and transitioning its door-to-door canvassing to remote phone banking.