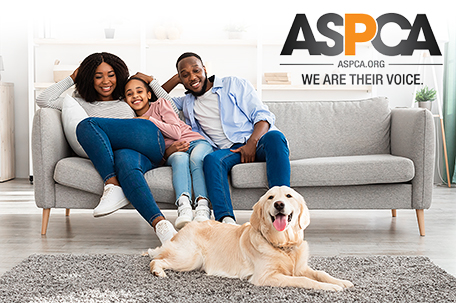 Recent ASPCA survey results show only 46% of pet owners have disaster plans in place and nearly half have left at least one pet behind when they evacuated.

NEW YORK – In recognition of National Preparedness Month and the five-year anniversaries of Hurricanes Harvey, Irma, and Maria, a string of devastating storms that displaced millions of people and their pets in 2017, ASPCA (The American Society for the Prevention of Cruelty to Animals) disaster response experts are sharing lifesaving tips and strongly urging pet owners to include animals in all emergency preparedness plans.

Last year, the ASPCA announced the results of a national survey that revealed less than half of pet owners have a disaster plan in place, yet 83% of current pet owners reported living in a community that faces natural disasters. The research also revealed that more than one in five pet owners have evacuated their homes due to a disaster or emergency and nearly half left at least one pet behind when they evacuated.

“Leaving pets behind when evacuating during a disaster can expose them to numerous life-threatening hazards including the inability to escape the impending emergency, as well as having no access to fresh food and water for an unknown period of time,” said Susan Anderson, Director of Disaster Response for the ASPCA National Field Response Team. “During National Preparedness Month, we hope pet owners will take precautionary measures such as creating a portable pet evacuation kit with essential items to help ensure the health and safety of their pets in the face of disasters.”

The ASPCA advises pet owners to take the following steps to keep their pets safe:

If you evacuate, take your pets with you. Never leave your pets behind or tether them to poles or trees, which prevents them from escaping high waters and getting to safe areas.

In the event of flooding, go to the highest location in your home or a room that has access to counters or high shelves where your animals can take shelter.

Create a portable pet emergency kit with essential items including medical records, water, water bowls, pet food and your pet’s medications. Choose a designated caregiver, such as a friend or relative outside the evacuation zone, who can take care of your pet in the event you are unable.

Since the inception of the ASPCA Disaster Response team in 2010, the ASPCA has responded to more than 65 disasters, assisting nearly 120,000 animals in impacted communities. During the catastrophic string of hurricanes in 2017, including Harvey, Irma, and Maria, the ASPCA assisted nearly 36,000 animals across Texas, Florida, South Carolina and St. Croix through evacuations, search and rescue, emergency sheltering, and pet food and supply distribution.

In addition to providing boots on the ground assistance in response to disasters, the ASPCA works closely with local agencies across the country to help enhance their animal response capabilities through grants and training opportunities.

Over the last three years, the ASPCA has awarded more than $2 million in grant funding to authorized disaster response agencies providing support to companion animals, equines, and their owners in communities impacted by or at high risk of natural disasters. It also works with lawmakers to increase access to co-sheltering opportunities to keep people and pets together when they are displaced by natural or manmade disasters.

Keeping pets safe in the garden