An overview of the 2020 Democratic Party platform 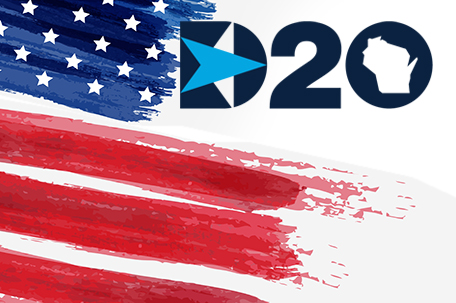 This year’s document features a focus on the unprecedented times we are living in, damage caused by the GOP response to the COVID-19 crisis and a call for a renewed commitment to core party values.

They provide an opportunity to lay out — in printed form — the core beliefs and the current priorities of each political party’s constituency based upon input from committee members and delegates who represent their respective communities around the nation.

Each platform component is called a “plank,” a term which originated from a time when these issues were debated on actual wooden structures.

These traditional manifestos can be lengthy, redundant, and take time to read. Even prior to the dawn of the 21st century with its soundbite technology and reduced attention span, they are rarely read by the average citizen.

Still, apart from the nomination process of the candidates for president and vice president, they are a central feature of our political conventions every four years.

This year’s Democratic party platform was formulated, discussed, voted upon and adopted virtually via technology by committee members and delegates due to the ongoing COVID-19 pandemic.

So it’s no surprise that the crisis and its fallout was an overarching theme in each of its planks in one way or another.

Here are some takeaways from the 2020 platform that are of particular importance to African Americans and other communities of color:

Protecting Americans and recovering from the COVID-19 pandemic

This section of the platform highlighted the fact that the lack of leadership at the top has exacerbated an already weakened public health and economic system in the country.

They are called for paid sick leave, stating this was an absolute necessity for the Black, Latino, Asian American and Pacific Islander, Native American, and low-income workers “who are less likely to be able to work from home.”

This section focused on the vast wealth inequities in this country, stating:

They also focused on items like funding 12 weeks of paid family and medical leave for all workers and quality child care for all who need it (an issue that has been at the center of the COVID-19 crisis) regardless of income, and a public infrastructure bank.

Another feature of this section was a commitment to end poverty by supporting “the 10-20-30 funding approach, to direct at least 10% of federal funding to communities where 20% or more of the population has been living below the poverty line for 30 years or longer.”

Citing the gross health care inequities laid bare during the coronavirus pandemic, the platform acknowledges the fact that, “The burdens of this pandemic have not been borne equally, as communities of color have suffered higher rates of infection and death, and struggled to access life-saving care when they need it most.”

In response, they are united in supporting both the advocates of strengthening the ACA and those calling for a “Medicaid for All” plan, in hopes that those constituencies can work together to forge a permanent solution.

The platform also contains a call to protect and promote maternal health especially as it pertains to Black women, who they acknowledge “are more than three times as likely to die from complications of pregnancy and childbirth compared to white women.”

This section of the platform calls for a complete overhaul of the criminal justice system from top to bottom, beginning with the abolition of the “school-to-prison pipeline that too often relies on arrests and law enforcement to address misbehavior that ought to be handled and deescalated within the school.”

They are also calling for a ban on the use of chokeholds and carotid holds, and an end to the “failed “War on Drugs,” which has imprisoned millions of Americans — disproportionately Black people and Latinos — and hasn’t been effective in reducing drug use.”

In addition, the section calls for the end to punitive measures regarding unpaid fines, fees and the cash bail system, affirming that, “Poverty is not a crime, and it should not be treated as one.”

Other platform measures include ending the use of private prisons and detention centers, banning the use of restraints on pregnant federal inmates, automatic expungement of certain criminal records, restoration of voting rights, Pell Grants and access to public services.

Healing the soul of America

The guarantee of civil rights for all Americans has been part of Democratic Party platforms for decades.

This year, there was a strong focus of “getting back to basics” when approaching these issues, especially in light of the fact that, “President Trump has denigrated virtually every segment of American society — and in so doing, he has insulted the very idea of America itself.”

The platform also includes an extensive acknowledgement of the historical injustices towards Black Americans, and proposals to address them, stating:

“Hate and its symbols have no home in America. Democrats believe that we can only build a more just and equitable future if we honestly reckon with our history and its legacy in the present. We support removing the Confederate battle flag and statues of Confederate leaders from public properties. We recognize Black history has too often been intentionally suppressed or excluded from our history books, and will invest in recovering, celebrating, and highlighting Black history as American history. Democrats believe Juneteenth (June 19th) represents the end of slavery, the freedom for millions of enslaved Black Americans, and should be recognized as a federal holiday.

We believe Black lives matter, and will establish a national commission to examine the lasting economic effects of slavery, Jim Crow segregation, and racially discriminatory federal policies on income, wealth, educational, health, and employment outcomes; to pursue truth and promote racial healing; and to study reparations. We must acknowledge that there can be no realization of the American dream without grappling with the lasting effects of slavery, and facing up to the centuries-long campaign of violence, fear, and trauma wrought upon Black Americans.”

Other items in this section include a commitment to closing the wealth gap and restoring the Voting Rights Act, as well as protecting women’s rights and those of the LGBTQ+ community, protecting disability rights, honoring indigenous tribal nations, ending the epidemic of gun violence, supporting religious and press freedom and supporting arts and culture institutions.

The 2020 Democratic Party platform also included language addressing a number of urgent issues such as the climate crisis, environmental justice, immigration reform and reinstituting American leadership around the world.

For a full copy of the document, visit: