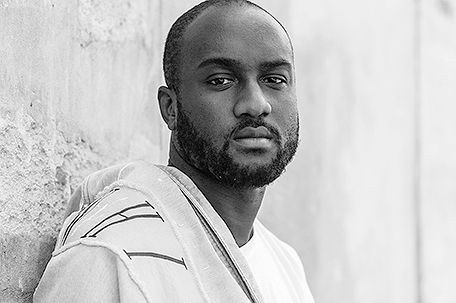 NEW YORK — Virgil Abloh, 37, is making history as the first Black artistic director for Louis Vuitton. This is a huge accomplishment, considering how underrepresented Black names are in the luxury European world of fashion.

Here’s what we know about the new designer.

In 1998, Abloh started DJing for fashion parties and even opening sets for artists like Travis Scott, going by the name, “Flat White.” He graduated from the University of Wisconsin with an engineering degree and then studied architecture at the Illinois Institute of Technology. He’s had no formal training in fashion design, however, his fashion interest peaked, meeting with Kanye West in 2007 and becoming a creative consultant for his line. Then in 2009, Abloh and West interned at Fendi.

Michael Burke, CEO of Louis Vuitton, was the CEO of Fendi at the time of Abloh and West’s internship. “I paid them $500 a month,” Burke told the “New York Times.” “I was really impressed with how they brought a whole new vibe to the studio and were disruptive in the best way. Virgil could create a metaphor and a new vocabulary to describe something as old school as Fendi. I have been following his career ever since.”

In 2012, Abloh started his first fashion label, Pyrex Vision, a streetwear line with luxurious T-shirts and vintage flannels. This set the precedence for his next line, Off-White, launched in 2013 and has a higher-end twist on street wear fashion. And good news for the Off-White fans, Abloh will still be designing for Off-White as he takes on his new role with Louis Vuitton.

“Virgil is incredibly good at creating bridges between the classic and the zeitgeist,” praised Burke. The designer is making plans to expand the perception of consumers and rebrand Louis Vuitton to continue bridging the gap between streetwear and high fashion, all while communicating a message. “Product is only one part of the luxury narrative,” Abloh told the “New York Times.” “I want to use Louis Vuitton’s history with travel to really look at different cultures around the world to help make all our humanity visible. When creativity melds together with global issues, I believe you can bring the world together. Fashion on this level can really open eyes.”

Looks like things are coming back full circle for Abloh, four years after West’s influential announcement at the London’s Wireless festival, “Cause you know damn well there aren’t no Black guys or celebrities making no Louis Vuitton nothing.”

“I feel elated,” said Abloh. “This opportunity to think through what the next chapter of design and luxury will mean at a brand that represents the pinnacle of luxury was always a goal in my wildest dreams. And to show a younger generation that there is no one way anyone in this kind of position has to look is a fantastically modern spirit in which to start.” He will be showing his first collection for Louis Vuitton at Paris Men’s fashion week in June.