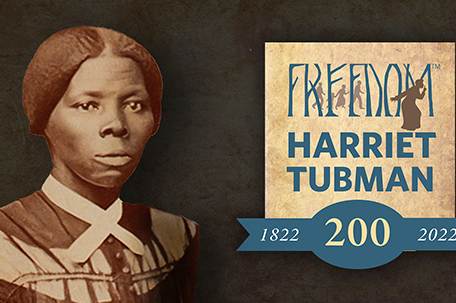 “A key goal of the Pennsylvania Tourism office is ensuring we have cultural activities that represent the history of people of all backgrounds in our commonwealth. This new byway helps tell the courageous story of the journey of Black Americans from slavery to freedom, as well as the story of those who fought for all people in America to be free,” said Carrie Fischer Lepore, deputy secretary for marketing, tourism and film at the Pennsylvania Department of Community and Economic Development. “We are thrilled to establish this important byway and unveil it during the 200th year since Harriet Tubman’s birth.”

Building off the more than 200 miles of byways honoring Harriet Tubman’s legacy in Maryland and Delaware, Pennsylvania’s segment along State Route 52 follows routes used by Harriet Tubman and other leaders of the Underground Railroad as they courageously led Americans from enslavement to freedom. In addition to marking the route, the byway traverses among and nearby more than 19 stops from the Delaware State Line north through Pennsbury, Kennett and Pocopson Townships that concern the Underground Railroad, helping to raise the profile of this important piece of American history. A long-term goal for the byway is to continue extending it further north, following the route of the Underground Railroad into New York and Canada.

“Linking this new byway to the Delaware and Maryland Underground Railroad byways illustrates the uniqueness of ‘Just Over the Line’ as the Pennsylvania Act for the Gradual Abolition of Slavery (1780) created a state pledged to freedom as found in the Declaration of Independence,” said John Haedrich, Brandywine Scenic Byway Commission. “Our story focuses on the freedom seekers’ quest to reach Pennsylvania, the life of blacks in Chester County in the mid-1800s, and the support networks among the Quakers to enable and assist in the pursuit of freedom.”

“We know how critical our roadway network is – we help keep people and our economy going,” Pennsylvania Department of Transportation Secretary Yassmin Gramian said. “This designation helps guide visitors and even attract new ones, spreading the impact in the local economy.”

For more information on Pennsylvania’s Scenic Byways, explore visitPA.com or check out our curated road trips for PA’s Beautiful Byways at: https://www.visitpa.com/trip/beautiful-byways.