Why Silicon Valley is failing miserably at diversity, and what should be done about it (part one) 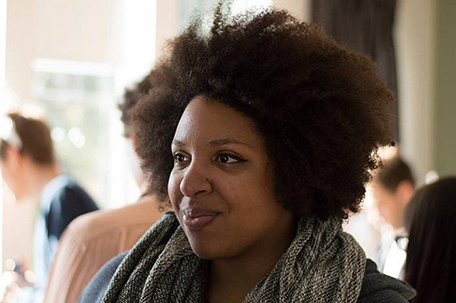 ABOVE PHOTO:  Angelica Coleman worked at Dropbox from December 2013 through February 2015 but was driven out by the company’s unwelcoming culture toward minorities. (Courtesy Angelica Coleman/IBT)

SAN FRANCISCO — When Angelica Coleman, a young African-American woman, walked into the offices of Dropbox Inc. for a job interview in October 2013, one of the first things she noticed was how nobody there looked like her. When she quit this February, one of the last things she was told by her direct manager was that if she wanted to keep climbing the Silicon Valley corporate ladder, “you need to go somewhere else.”

“It’s disheartening to look around you when you walk into a tech company of the size and caliber of a Dropbox, Facebook or Google: You know they’re making big impacts on everyday life for tons of people, they have money and they are a good company with good products, but you look around as a black person and the only people who look like you are the help.” Coleman told International Business Times. “That’s really hard.”

Last year, Silicon Valley acknowledged it had a diversity problem, and companies like Google, Yahoo, Apple, Facebook and many others made bold public commitments to fix it through “diversity reports” breaking down the gender and racial balance of their workforces. This year, as the tech industry starts releasing their first progress reports, this situation is still grim and progress has been negligible. It’s clear the Valley remains a hard place to get or keep a job if you’re a woman, black or Hispanic.

Coleman is now working as a developer advocate at Zendesk, a software development company, where she promotes the platform to third-party developers. She recently wrote about her experience at Dropbox in a Facebook post. Dropbox was a tough fit for Coleman, she admits. Frustratingly, she was frequently mistaken for the other African-American women at Dropbox by her coworkers, and she says peers did little to engage with her and learn about her interests. Around the time of the shooting of Michael Brown in Ferguson, Missouri, one co-worker told her, “Black people get shot and killed every day — it’s not that big of a deal.”

Coleman arrived at Dropbox in December 2013 after the company acquired Sold, a startup she’d been working at prior to the acquisition. Coleman, who has a bachelor’s degree in history from the University of Massachusetts Lowell, started at Dropbox in an administrative role but was given to understand she could grow into a new role on one of the teams she supported.

During her time at Dropbox, Coleman taught herself how to code in Python and other programming languages through practice, with help from friends and through the learn-to-code club she started at the cloud-computing company. After receiving great reviews for her work, Coleman in late 2014 finally tried to jump into a bigger role on Dropbox’s user research and user experience design team, which is when she was told to focus on her administrative role or leave the company.

“Diversity is a critical issue for us at Dropbox … It’s sad for us to hear that a former employee feels otherwise, but we don’t feel that her personal account is an accurate reflection of Dropbox’s work environment and culture,” Dropbox said in a statement.

Dropbox has not yet released diversity figures in 2015, but its numbers from 2014 told a dismal story: 34 percent female, 4 percent Hispanic and 1 percent black.

As bad as those numbers are, they’re in line with the norm in Silicon Valley. Over the past year, Google saw its gender breakdown and its percentage of Hispanic and black employees remain unchanged. LinkedIn made small strides with women but had no gains for black and Hispanic employees. Yahoo released its figures Tuesday and only saw gains for Asians.

Likewise, Facebook only managed small gains in hiring women and saw no increases in its percentage of black and Hispanic workers. Worse, the social network was embarrassed when a document was highlighted showing Facebook hired just six black men and one black woman out of its 1,231 U.S. hires in 2013.

Others tech titans have yet to release their 2015 figures, but there’s a good chance they too have managed only small victories.