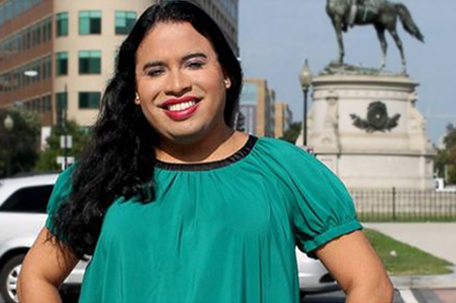 President Barack Obama has demonstrated a strong show of support for the LGBT community by recently appointing a former policy adviser at the National Center for Transgender Equality to a White House position. Raffi Freedman-Gurspan was recently appointed as an outreach and recruitment director in the White House Office of Presidential Personnel.

“Her  commitment to bettering the lives of transgender Americans, particularly transgender people of color and those in poverty, reflects the values of this administration,” said Valerie Garrett , senior advisor for the White House.

Freedman-Gurspan was praised by many for her hard work and commitment in supporting members of the LGBT community. Her appointment reflects the support that the Obama administration has exhibited toward the LGBT community. But the appointment is not the only demonstration of support from President Obama. Other actions taken within the last two years includes:

Freedman-Gurspan has been called a role model. Her appointment was warmly welcomed and approved by community leaders and advocates.

Grants for women.com and CNN contributed to this story.

Injustice at every turn: A look at black respondents in the National Transgender Discrimination Survey