What to do when stopped by the Police 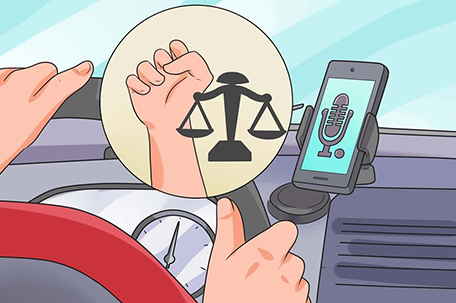 [Ed. Note: The following information was offered by the NBPA, and Philadelphia’s Guardian Civic League]

The National Black Police Association, is an umbrella organization representing dedicated African American police officers nationally. The NBPA stands for unity, justice, and peace. The NBPA exists to help prod law enforcement agencies to be sensitive to the needs and concerns of minorities, women, and the poor.

The basic materials in this pamphlet were prepared by Police & Community Enterprises – Project PACE.

We hope this pamphlet will be helpful. We urge, however, that you do not rely on it as a legal advisor. We hope the information presented here will make you aware of your constitutional rights and keep you from having to go to jail.

IT COULD HAPPEN TO YOU

–What is your name? Where do you live?

–Have you got any identification?

These are very simple questions which can be easily answered by almost everyone. But when a police officer is involved, it can cause a lot of problems both for the officer and for you.

Most of the time, there is a reason for the officer to question you – even if it may not seem so at the time. The officer may be investigating a complaint in the neighborhood, or following up on a radio call concerning a crime committed in the area.

For one reason or another, you may be the individual the police suspect. You may have knowledge that will help in the investigation, or the officer may think that you are experiencing some kind of trouble.

Sometimes the manner in which the police question you may involve not respecting your rights.

Sometimes you may overreact to the questions and create an even more serious situation.

We will attempt to explain your rights, what to remember, and what to expect when an officer starts asking you a lot of questions… it could save you from answering a lot more unnecessarily and reduce any potential escalation of hostility.

IF YOU ARE STOPPED BY THE POLICE IN YOUR CAR

If you are driving a vehicle, the police can ask you to pull over at any time. The best thing to do in this situation is to pull over and follow the officer’s directions. The officer will request to see your driver’s license, registration and/or proof of liability insurance – this you must do.

If you are stopped at night, turn on your dome light and show the officer that nothing is wrong. It is best to do nothing which may give reason to search further. Having your lights on and keeping your hands on the steering wheel will usually put the officer’s mind at ease.

Chances are that the officer is going to write out a ticket for a traffic violation. Of course, you may start to explain at this point but you should limit your comments. Be careful how you protest. A simple traffic violation may start costing you a fortune in fines for other violations. If you think that the ticket is incorrect – then, carry your protest to traffic court. If you’re given a ticket, you should sign it; otherwise you can be arrested.

Police may stop and detain you only if they have a reasonable suspicion or probable cause that you are about to commit or have committed a crime.

If you’re suspected of driving under the influence and refuse to take a blood, urine or breath-test, your driver’s license may be suspended.

In certain cases, your car can be searched without a warrant as long as the police have probable cause. To protect yourself later, you should make it clear that you do not consent to a search. It is not lawful for police to arrest you simply for refusing to consent to a search.

IF YOU ARE STOPPED BY THE POLICE ON THE STREET

The police may ask for your name if you have been properly detained and you can be arrested in some states for refusing to give it. If you reasonably fear that your name is incriminating, you can claim the right to remain silent, which may be a defense in case you are arrested anyway. It’s not a crime to refuse to answer questions, but refusing to answer might make the police suspicious about you.

Police may “pat-down” your outer-clothing – if, they suspect a concealed weapon. Don’t physically resist, but make it clear that you don’t consent to any further search. Ask if you are under arrest. If you are, you have a right to know why. Don’t bad-mouth the police officer or offer resistance, even if you believe what is happening is unreasonable. That could lead to your arrest.

Most of the problems you may encounter with the police can be avoided. Remember, the police may think they have reason (probable cause) to stop you and ask questions. At this time, you should collect your thoughts and remain calm. Whether or not you are detained or arrested may just depend on how calm and prepared you are at this time. Think carefully about your words, movement, body language, and emotions. Don’t get into an argument with the police. Remember, anything you say or do can be used against you. 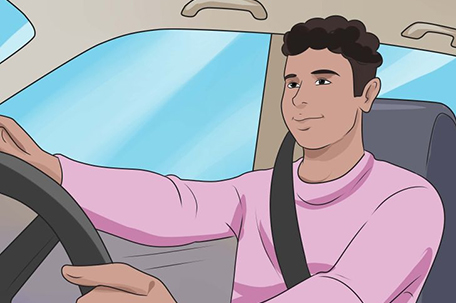 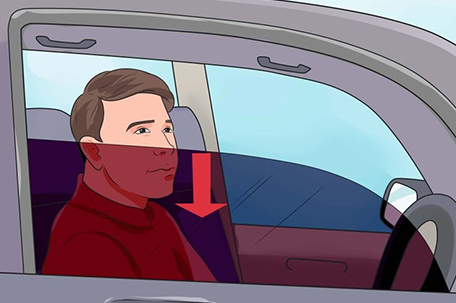 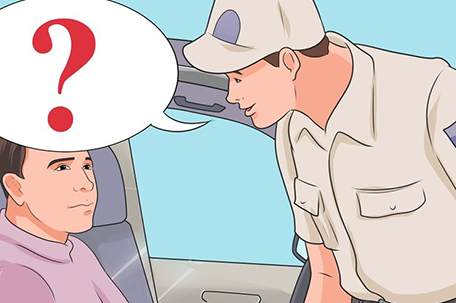 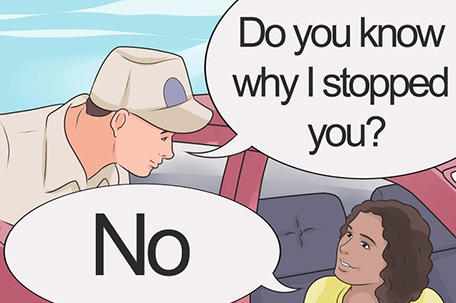 OTHER DO’s and DON’T’s

•  Keep your hands where the police can see them.

•  Do not touch any police officer.

•  Do not resist – even if you believe you are innocent.

•  Do not complain too strongly on the scene or tell the police they’re wrong or that you’re going to file a complaint.

•  Ask for your lawyer immediately when arrested.

•  Record officers badge numbers and patrol car numbers and write down everything you remember – ASAP.

•  Try to find witnesses and their names and phone numbers

There are many factors that may lead the police to approach and/or detain you. Every situation is different and the officer may consider one or more of the following factors:

•  You are near a location where a crime has been recently reported or discovered.

•  You may be – knowingly or unknowingly – a fact witness to a criminal event or a potential criminal target.

•  You are hanging around with people or locations being monitored by the police to prevent crimes.

•  You are acting in a manner which appears to be suspicious, potentially criminal or the police believe you may be in possession of stolen property, contraband, or weapons.

•  When walking or driving your car, you refuse to answer police questions and/or give false, evasive, or contradictory information… or you are combative and use derogatory or offensive language when approached… your reaction may be perceived as suspicious or threatening. Saying the wrong things at the wrong time could lead to further police detainment, questions, increased stress or a trip to jail. Who needs this?

•  You have been identified to the police by someone else or you fit the description of a criminal actor.

•  Remember, police must be able to articulate to the court’s satisfaction what “reasonable suspicion” and “probable cause” was used to stop, detain, and arrest a citizen.