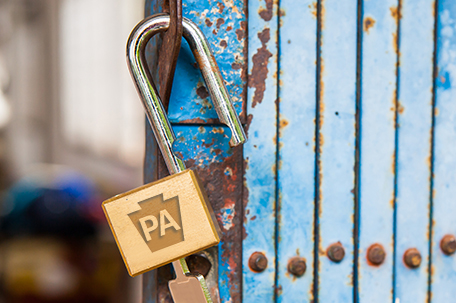 But frustration among counties that remain locked down grew into something of a rebellion, with some Republican officials saying that they would take it upon themselves to reopen in defiance of the Democratic governor. And some district attorneys declared their refusal to prosecute businesses that opened their doors in violation of Wolf’s shutdown.

The only western county held back, Beaver County, is home to a severe nursing home outbreak where dozens have died and a congressman is calling for an investigation.

Beaver County officials blasted Wolf’s decision at a news conference Friday, saying the entire county shouldn’t be forced to stay shut down because of the problems at a single facility. The Beaver County district attorney, meanwhile, said he doesn’t want local police enforcing the business shutdown, nor would he prosecute violators.

“Our business owners and residents cannot become prisoners in our own county,” said Daniel Camp III, chairman of the Beaver County Board of Commissioners, calling Wolf’s decision to keep Beaver locked down “unwarranted and irrational.”

“I understand the frustration. But again the frustration has to be directed at the real enemy here. It’s the virus. It’s not the regulation,” he said.

Outside Beaver, counties in southwest and parts of south-central Pennsylvania can undertake a limited reopening next Friday — joining people across a vast swath of the primarily rural and lightly impacted north who were the first to have pandemic restrictions eased under Wolf’s reopening plan.

Stores that had been shut down since March reopened Friday, and residents began leaving their homes unfettered by a just-expired stay-at-home order that had been in place since April 1. The 24-county region, which includes Erie, Lewisburg, Williamsport and State College, is home to 1.5 million of Pennsylvania’s 12.8 million residents and represents nearly half of its geographical area.

“I think it’ll take a while” for things to get back to normal, said Lucie Knauer, who was calling customers to pick up repair work at her shop, Antiques at 221. “I think a lot of people are feeling cautious.”

Connie Harter said the eight-week closure of her two boutiques, Retrah and Dwellings, cost her more than $50,000.

“I put all my personal money in to pay all my bills, so now I have to earn all that back,” Harter said, after a few customers had trickled in last Friday. “The bills kept coming and the creditors kept calling.”

In suburban Erie, Gerlach’s Garden & Floral opened its doors Friday to people seeking seeds, seedlings, flowers, shrubs and more. Social-distancing markers were on the floor, Plexiglas was by the register, employees were wearing masks and a huge chunk of the store’s big selling season is past.

“Those weeks we’ve missed, those are gone, we can’t get them back, we can’t make them up,” said Adam Gerlach, one of the owners. “So we’re looking to the future, looking to see what we can capitalize on a little bit more these next couple weeks.”

It helps that the flower shop is open in time for Mother’s Day  — missing Easter was a devastating hit — but Gerlach estimates that the business has lost at least 20% of its revenue for the year.

That said, people were coming into the store, and it felt good to see customers again, Gerlach said.

“Letting people in definitely feels good, for people to come in and do their shopping,” Gerlach said. “So far, everyone I talked to is happy to be out and be able to go get stuff.”

Republicans and some business owners have complained that Wolf is moving too slowly to reopen Pennsylvania’s economy. More than 1.9 million people, including self-employed and gig workers, have filed for unemployment since mid-March.

In Lebanon County — where residents are still contracting the virus at a rate more than three times above the state’s threshold to be considered for shutdown relief — GOP state lawmakers notified Wolf last Friday of the county’s intention to lift pandemic restrictions on its own beginning next week.

In Dauphin County, home of the state Capitol, the Republican chairman of the Board of Commissioners called Wolf a “dictator” in an online message savaging the governor’s handling of the pandemic. The county made plans to reopen on its own next week — without the governor’s blessing.

Most of Pennsylvania, including the heavily populated Philadelphia area and hard-hit eastern Pennsylvania, remains under Wolf’s strictest shutdown orders, with no timeline to emerge. There, Wolf’s stay-at-home orders extend until June 4.

While promising to reopen more counties soon, Wolf warned that his reopening plan is not “a one-way route” and that restrictions can be reimposed if his administration feels the virus is resurgent.

Along with retailers and other kinds of businesses that can reopen, gatherings of up to 25 people are now allowed in the counties that Wolf reopened Friday.

But gyms, barber shops, nail salons, casinos, theaters and other such venues are required to remain closed and other restrictions will remain in place, including a ban on youth sports. Additionally, bars and restaurants may still offer only delivery or takeout service, although a major trade association is urging Wolf to begin allowing them to add seated dine-in service.