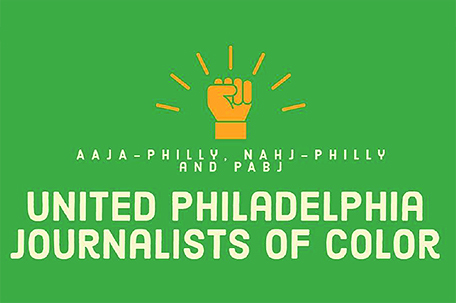 Three months ago, amid nationwide protests for racial justice, the Inquirer was justly condemned for publishing a headline that read “Buildings Matter, Too.” This was not an isolated incident, but the inevitable result of an institution that has centered white journalists and white readers for its entire 191-year existence.

Three months ago, we came together to call for direct change and to demand the Inquirer do right for communities of color across the Philadelphia region as well as for the journalists of color within the organization.

Three months later, we are dismayed and frustrated, though unsurprised, that the Inquirer has not addressed many of the specific actions its nonwhite employees requested as a starting point to rectify its harmful legacy of systemic racism.

Three months later, we’re losing confidence that the Inquirer truly cares about, and is willing to adequately address, the concerns of Black, Latinx, Asian and other nonwhite Philadelphians.

Today, journalists of color at the Inquirer have released a public report at transform the inquirer.com showing the actions that have and have not been taken. As a public benefit corporation, the Inquirer is accountable not only to its employees but also to the diverse communities across the Philadelphia region. We applaud the journalists of color for increasing public transparency of their company’s response.

We call on the Inquirer’s leadership to acknowledge that by failing to fully commit to these actions, they continue to privilege white voices in company decision-making. We demand that they make these commitments to show they are serious about giving journalists of color, and Philadelphia’s communities of color, an equal seat at the table.

For example, while we are glad the Inquirer has commissioned an independent study to identify pay disparities across race and gender, we are outraged that, according to the paper’s journalists of color, the publisher “refused to commit in advance to resolve any inequities.” Not only is this immoral and insulting to employees, failing to address discriminatory compensation levels is potentially illegal.

The journalists of color also report that the Inquirer “will not hire additional editors of color unless existing positions open up, citing ongoing financial losses.” We are beyond perplexed how the paper intends to accurately, thoroughly cover nonwhite communities if its editors remain predominantly white.

If the Inquirer truly wants to dismantle its racist legacy, it must put its money where its mouth is, and give journalists of color more power in decision-making, rather than treat diversity initiatives as lip service in response to a public relations disaster.

The late Gerry Lenfest remarked , “Where better than Philadelphia to invent the future of a free press?” Yet rather than reimagining itself as a genuinely equitable news organization, the Inquirer continues to go down the same old path of neglecting specific guidance from communities and employees of color in favor of perceived business incentives to dictate how change will happen. (We remind them that nonwhite people can be subscribers and advertisers, too.)

If the future of a free press is a news organization that does not accurately reflect the demographics or lived experiences of this city, and marginalizes Black and brown communities rather than fulfilling their information needs, then it’s a dark future indeed.

But we prefer to imagine a brighter future. As always, we remain ready and willing to work with the paper to improve both its coverage and its culture. What we will not tolerate are superficial commitments to do better while meaningful reforms proposed by journalists of color are rejected.