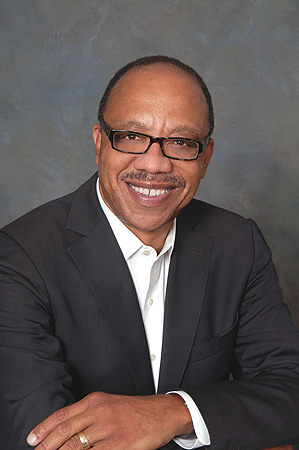 Columbia University announced today that Eugene Robinson, associate editor and columnist of The Washington Post, has been elected chair of the Pulitzer Prize Board. The chair serves a one-year appointment, while board members serve a maximum of nine years.

Robinson succeeds the trio of board chairs for 2016-17: Randell Beck, retired president and publisher of Argus Leader Media in Sioux Falls, S.D.; Joyce Dehli, a fellow at the Edmund J. Safra Center for Ethics at Harvard University; and Keven Ann Willey, vice president and editorial page editor of The Dallas Morning News.

Robinson’s career at The Washington Post spans 37 years. He became a columnist in 2005 after holding a variety of jobs at the paper, including city hall reporter, city editor, South America correspondent, London bureau chief, foreign editor and assistant managing editor. For his columns about the 2008 presidential campaign and the election of Barack Obama, Robinson won the 2009 Pulitzer Prize in Commentary. His column is syndicated to 262 newspapers.

A native of Orangeburg, S.C., he graduated from Orangeburg High School, where he was one of a handful of black students on a previously all-white campus. At the University of Michigan, he was the first black co-editor-in-chief of the student newspaper, The Michigan Daily. He began his career at the San Francisco Chronicle, where he participated in coverage of the Patty Hearst kidnapping. During the 1987-88 academic year, he was a Nieman Fellow at Harvard University.

For nearly a decade, Robinson has appeared regularly as a political analyst and commentator on MSNBC. A member of the National Association of Black Journalists, he was elected to the organization’s hall of fame. Robinson is the author of three books: Coal to Cream: A Black Man’s Journey Beyond Color to an Affirmation of Race; Last Dance in Havana; and Disintegration: The Splintering of Black America. He is married, has two sons and lives in Arlington, Va.

Robinson joined the Pulitzer Prize Board in 2010.