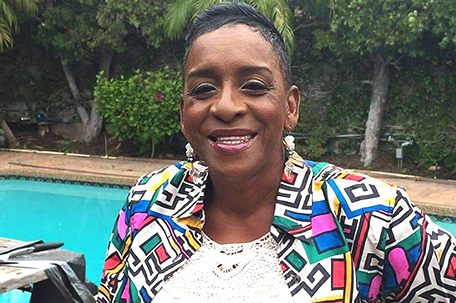 According to Hollywood Life, Auntie Fee, whose real name was Felicia O’Dell, was hospitalized at Harbor-UCLA Medical Center after collapsing at her south Los Angeles home, and did not show any signs of improvement since. After false speculation that she passed away days ago, Auntie Fee’s son took to Facebook to relay the news to her friends, family and admirers.

Auntie Fee became a beloved internet celebrity and viral sensation on YouTube back in July 2014 after her video titled “Sweet Treats for Kids” broke the internet, garnering almost five million views, and leading to her amassing more than half a million YouTube subscribers.

Some of her specialties included “dumb good mac and cheese” and “good a*s chicken.”

We send our heartfelt condolences to Auntie Fee’s family, friends and fans during this time.