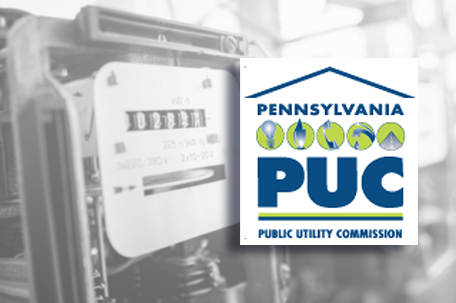 HARRISBURG, Pa. — Pennsylvania state utility regulators have effectively extended a moratorium preventing utilities from terminating service to non-paying customers for three more weeks while the state fights the spread of the coronavirus.

The four-member panel of two Democrats and two Republicans postponed a vote on Thursday’s agenda until Sept. 17, after deadlocking twice on motions to lift the moratorium over the summer.

The Public Utility Commission slapped a moratorium on shutoffs in March as Gov. Tom Wolf was in the midst of a cascade of shutdown orders to help stop the spread of the virus.

In letters to the commission, Wolf, Attorney General Josh Shapiro, Philadelphia Mayor Jim Kenney and consumer advocates called on the commission to keep the moratorium in place, warning that people are still being hit hard economically by the fallout from the virus.

One theme of their comments is that the commission needs to construct a comprehensive plan to protect consumers when the moratorium does lift.

“If the commission insists on lifting its moratorium, then at a minimum I ask it to require utilities to offer customers some options of financial relief, such as late fee waivers, rate reductions, flexible payment arrangements, and/or debt forgiveness,” Shapiro wrote.

“I also ask that the commission place the burden on the utilities to prove that specific consumers are able to pay and failing to do so.”

It is unfair to require consumers to “jump through hoops and collect cumbersome paperwork just to keep the bill collectors at bay,” Shapiro wrote.

The Energy Association of Pennsylvania, which represents electric utilities, asked the commission to end the moratorium starting in September, and said continuing it is not in the best interests of customers.

Extending the moratorium increases the risk that growing unpaid dollar amounts will lead to an increase in terminations, it said.

Customers who are falling behind in paying their bills should be notified about utility and government assistance programs, it said, and it warned that a lack of payment may hurt the ability of utilities to provide safe and reliable service.

Its member utilities reported that residential customers owed $404 million through June 30, compared with $291 million at that same point last year, it said.

Your gas bill is going up: PGW raising rates end of November