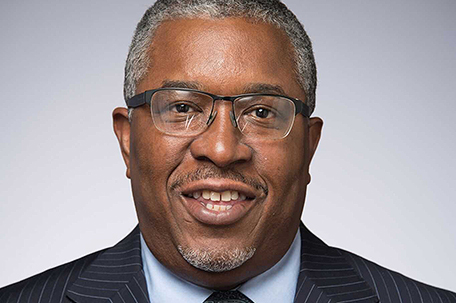 Richard Lee Snow to lead the fundraising efforts for the Washington, DC region

The United Negro College Fund (UNCF) recently announced that Richard Lee Snow has been selected as its new regional development director, leading fundraising efforts for UNCF across the Washington DC region, including its local office in Philadelphia PA.

In this role, Snow will be responsible for establishing short and long range goals and conducting comprehensive, cost-effective annual fundraising campaigns within his area of operation in support of the 37 UNCF-member institutions and the students they serve.

In addition, he will serve as an ambassador for the organization, engaging donors and leveraging key relationships to ensure that revenue goals are met.

“We are elated to welcome Richard to UNCF,” said Fred Mitchell, UNCF’s vice president of development for the Atlantic/Midwest division. “His extensive background in fundraising will leverage existing partnerships and build new ones in order to expand

UNCF’s blueprint of providing a quality education to all.”

Prior to joining UNCF, Snow served as senior advisor for multicultural marketing and business development for ALSAC/St. Jude Children’s Research Hospital. In that role, he and his team had the national responsibility of managing current and cultivating potential relationships with African American groups, individual donors and celebrities, including collective partnerships with the National Pan-Hellenic Council, The Links, Inc., Prince Hall Shriners, the NAACP, and the National Urban League.

Snow also served as the eighth executive director of Kappa Alpha Psi Fraternity, Inc., and at its 76 th Grand Chapter Meeting (national convention) in 2003, was the first to be given the additional title of chief operating officer.

As executive director, he was responsible for managing the operations of the over 150,000-member association worldwide with more than 700 chapters throughout the nation and abroad, including its three chapters located in South Africa and Nigeria, which Snow personally chartered.

“I think Richard’s background makes him the ideal candidate to lead the local UNCF office in Philadelphia. I am thrilled with the choice,” said Harold T. Epps, director, Department of Commerce, City of Philadelphia.

Snow has received numerous recognitions, having been featured both locally and nationally in print, radio and television, including guest appearances on programs such as the nationally recognized “Late Night with Tavis Smiley” show on the BET network as well as locally on the “Plain Talk” show with Eleanor Jean Henley and “Philly Live” with Chris Ridenhour.

“On behalf of the PHLCVB and PHL Diversity, we congratulate Richard on this new opportunity to provide his dynamic leadership to UNCF and the cause it represents – education for hundreds of thousands of students attending HBCUs around the country,” said PHLCVB president and CEO Julie Coker Graham. “Through his work with Kappa Alpha Psi, Inc., St. Jude, and stewardship of the PHL Diversity Advisory Board, we’ve experienced the value and impact of his work ethic.”

Snow is a member of the Canaan Baptist Church of Germantown, where he serves as its scholarship ministry’s servant leader, and has been married to Judith (formerly Brister) for more than 37 years. The couple has two adult sons, Richard Lee, Jr., and Joseph Lawrence.

UNCF celebrates 75 years of lighting the way to better futures