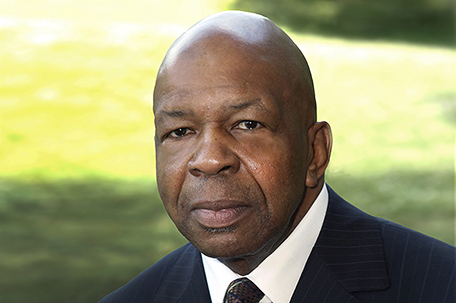 Still angry that he lost the popular vote on the way to winning the White House, President Donald Trump claims millions of undocumented aliens illegally voted for Hillary Clinton, and he has called for an investigation. U.S. Rep. Elijah Cummings (D, Md.), and civil rights leaders say, however, the claims of voter fraud gives Republicans and others another reason to deny people the right to vote.

“The president can join me and my staff, and we will show him that there is no voter fraud,” said Cummings, the ranking Democrat on the House Committee on Oversight and Government Reform. Trump on Wednesday tweeted for an investigation into voter fraud and voting irregularities, two days after he repeated his claim, without evidence, that he lost the popular vote because millions of people illegally voted for Clinton.

“President Donald Trump called for the federal government to spend resources investigating alleged ‘voter fraud’ in the 2016 elections. Unable to accept the fact that he lost the popular vote by some 2.8 million votes, President Trump has repeated his naked and reckless claim that 3 to 5 million illegal votes were cast in the 2016 election by ‘illegal immigrants’. However, this notion of widespread voter fraud in the 2016 election, or any other American election cycle for that matter, is false and dangerous,” Brooks wrote in a statement.  “Voter fraud has been proven virtually non-existent through studies conducted by the Brennan Center for Justice at New York University, Arizona State University, and the Washington Post, among others. The Washington Post’s 2015 study showed that between 2000 and 2014 there were only 31 alleged cases of in-person voter fraud among the over 1 billion votes cast in the United States during that time period. Yet, this supposed widespread voter fraud is consistently used as justification for voting restrictions that suppress the votes of African-Americans and Latinos.”

Brooks continued, “In stark contrast to the myth of widespread voter fraud is the proven reality of voter suppression. A number of federal courts across the country have determined that certain states enacted voting restrictions that discriminated against Black and Latino Americans, as in Texas, or, worse yet, were written with the specific intent to suppress the Black vote, as in North Carolina. In fact, a federal appellate court held that North Carolina’s law targeted African-American voters with ‘almost surgical precision.’ Voting restrictions such as those recently struck down in Texas, North Carolina and elsewhere weaken our democracy and themselves cast serious doubt on the legitimacy of our electoral processes.”