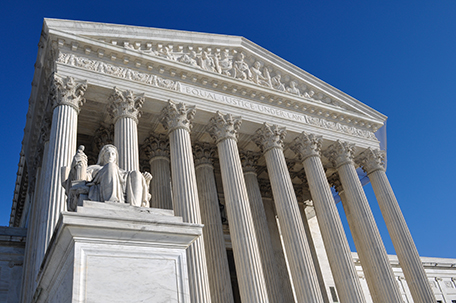 WASHINGTON — President Donald Trump has a shot at remaking the Supreme Court into a conservative bulwark, at a time when America remains deeply divided on such issues as women’s rights, immigration and the environment.

What you need to know about Justice Anthony Kennedy’s retirement:

The Supreme Court is the ultimate check on the president and Congress, putting it squarely in the crosshairs of U.S. politics and America’s culture wars.

Also, a Supreme Court appointment is for life, or until the person retires, to insulate the court from politics. That means anyone appointed to the court can influence decisions long after the president who appointed them leaves office.

Conservatives already have a 5-4 majority on the court. But that majority hasn’t always been reliable, in part because of Kennedy. The 81-year-old conservative, appointed by President Ronald Reagan, became the court’s most frequent tie-breaker and swing vote. He helped to reaffirm a woman’s right to abortion and wrote an opinion upholding gay marriage so moving that some same-sex couples quoted him in their wedding vows.

Trump’s ability to pack the courts with conservative judges is a big reason many Republicans put up with the mercurial president. So GOP leaders will be looking for a nominee who can deliver on the conservative agenda and remind voters — even those exhausted by Trump’s tweeting — why elections matter.

Trump and his backers will also want someone relatively young — ideally someone in their 40s or 50s so as to give them plenty of time to influence the court.

One caveat: It’s never a guarantee that a judge will vote any particular way. Retired Justice David Souter was considered a “home run” for conservatives when he was nominated by President George H. W. Bush but became a generally liberal vote for most of his 18 years on the court.

There to advise Trump on the nomination will be Leonard Leo, executive vice president of the conservative Federalist Society. He’s advised Trump on other judicial nominees.

WHAT CAN DEMOCRATS DO?

Probably not much right now, although expect lots of political wrangling anyway.

Senate Majority Leader Mitch McConnell changed Senate rules last year to allow Supreme Court nominees to be confirmed with a simple majority, instead of the 60 votes typically needed to overcome a filibuster. The Republicans control the Senate, 51-49, and Vice President Mike Pence can be used to break a tie.

Democrats have asked McConnell to delay a vote until after November, noting that Republicans blocked President Barack Obama’s nominee Merrick Garland ahead of the 2016 election. But Republicans have scoffed at that suggestion, pointing out Obama nominated Justice Elena Kagan ahead of the 2010 midterm elections.

While Democrats are unlikely to lock Trump’s nomination, they are using it to make the case that their supporters have to get out and vote so Democrats can regain control of Congress, and eventually the White House.

All eyes will be a small group of senators who could affect the slim vote margins.

On the Republican side is Sen. John McCain, who has been diagnosed with brain cancer and could potentially miss the vote due to the illness, and Sens. Susan Collins of Maine and Lisa Murkowski of Alaska, moderate Republicans who have supported abortion rights.

On the Democratic side are several senators up for re-election in conservative states: Sens. Heidi Heitkamp of North Dakota, Joe Manchin of West Virginia and Joe Donnelly of Indiana — who all voted for Trump’s previous nominee, Neil Gorsuch, who now sits on the court.

Roe v. Wade is the landmark 1973 Supreme Court ruling that established a woman’s right to terminate a pregnancy until a fetus becomes viable. Abortion opponents were disappointed in 1992 when three Republican appointees — Kennedy, Souter and Sandra Day O’Connor— agreed to reaffirm the 1973 decision.

But with Souter and O’Connor no longer on the court and Kennedy on his way out, abortion rights are clearly on the minds of many voters.

Gorsuch has a sparse record on abortion, but has drawn praise from anti-abortion groups and criticism from abortion rights supporters.

Barring surprises in upcoming months, the only scenario that could make the situation more favorable toward Republicans on abortion rights — and worse for Democrats — would be if another unexpected vacancy on the court opens up during Trump’s tenure.

Still, the two older Democratic appointees, including Ruth Bader Ginsburg, 85, and Stephen Breyer, 79, do not appear to be going anywhere during a Trump administration if they can help it.