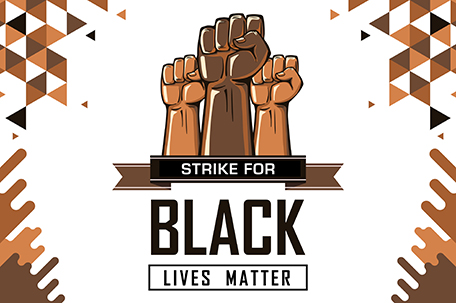 Tens of thousands are expected to participate in a Strike for Black Lives on July 20 across more than 25 cities, demanding that corporations and government take action to confront systemic racism in our society and economy that is holding back Black and brown communities across the country, major unions and racial and social justice organizations announced last Wednesday.

Fast-food, nursing home, ride share and other workers will go on strike July 20 and will be joined by thousands more who will walk off their jobs for eight minutes, 46 seconds to remember George Floyd, Breonna Taylor, Elijah McClain and other Black people killed by police and demand an end to the systemic racism that led to their murders.

Across the country, youth and climate activists will join in the actions to show the intersectionality of the fights for justice.

Major national labor organizations, including the Service Employees International Union, the International Brotherhood of Teamsters, the American Federation of Teachers, United Farm Workers, the National Domestic Workers Alliance and the Fight for $15 and a Union will join forces with leading racial and social justice groups like the Movement for Black Lives, the Poor People’s Campaign: A National Call for Moral Revival, March On, Future Coalition, U.S. Youth Climate Strike Coalition, Center for Popular Democracy, Jobs with Justice and One Fair Wage to take action from coast to coast.

“Companies like McDonald’s cannot on the one hand tweet that ‘Black Lives Matter’ and on the other pay us poverty wages and fail to provide sick days and adequate PPE,” said Angely Rodriguez Lambert, an Oakland McDonald’s worker and leader in the Fight for $15 and a union. “We’re going on strike because McDonald’s and other fast-food companies have failed to protect us in a pandemic that has ravaged Black and brown communities across the country. We’re going to keep joining together and speaking out until McDonald’s and other companies respond with actions that show they really value our lives.”

In Missouri, striking workers will rally at the McDonald’s in Ferguson, followed by a march to the memorial for Michael Brown, who was killed by police in 2014. Rep. Rasheen Aldridge, a former leader in the Fight for $15 and a union, will join strikers.

In Detroit, striking McDonald’s and other fast-food workers will rally with nursing home workers from across the city who will walk off their jobs to call out the industry’s failure to protect its largely Black workforce during the COVID-19 pandemic and respect workers for the essential work they perform.

In the Twin Cities, where Floyd was killed, striking nursing home workers will participate in a caravan that will include a stop at the airport, where they’ll be joined in protest by airport workers including wheelchair attendants and cabin cleaners who are demanding $15/hr and a just and safe plan to bring people back into public and travel spaces.

And in Los Angeles, striking fast-food and nursing home workers will join with Uber and Lyft drivers and Postmates workers, janitorial, security and other workers in a car caravan that begins at a McDonald’s, with stops at the LAUSD and the University of Southern California, where they will demand the nation’s second-largest school district and the University drop their use of the LAPD on campuses.