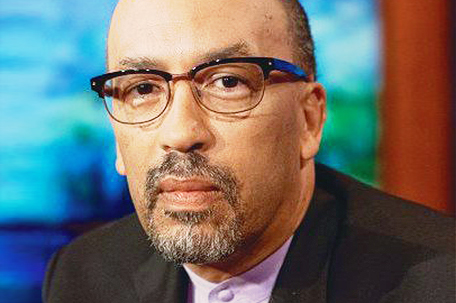 I received a call a few days after the Paris terrorist attacks from a relative. She was, quite understandably, deeply unsettled by the attack. She asked me why it was that the Muslim community was so silent about jihadist attacks. I told her that they were — and are — not silent at all. In fact, there were — immediate — statements of condemnation of these attacks from a wide range of organizations and religious leaders in the Arab and Muslim worlds, ranging from the Free Syrian Army to the Organization of Islamic Cooperation, that denounced the heinous attacks. My relative then asked me why she and so many other people had not heard word one about this?

This is a core question and it has nothing to do with the actions of the Muslim community. The mainstream U.S. media, by and large, has done little to make known the outrage across the Arab and Muslim worlds in the face of these horrors.

The Muslim reaction has not been limited to the Paris massacre, but also the bombing in Turkey at the peace rally held by the Kurds and their allies, and bombings in Baghdad and Beirut. What these bombings all appear to have in common is that they are the actions of the so-called Islamic State.

Even when Muslim outrage is reported, it does not get the same attention as the xenophobic and Islamophobic rants that are coming from rightwing pundits in the United States and elsewhere. In the aftermath of the Paris attacks, governors in the United States announced that they do not want Syrian refugees in their states, as if to say that the refugee population is the source of terrorist attacks. Are these governors for real? Do they not realize that the Islamic State is quite capable of carrying out terrorist attacks without infiltrating the refugee population?

The mainstream media must be tasked with two very important actions. The first is the full accounting for the scope of the outrage in the face of these terrorist attacks. We cannot have a situation where the American people are led to believe that the Muslim world is silent in the face of these jihadist/fascist actions. When the response from the Muslim world has been so overwhelming, it is simply inexcusable that there is any ambiguity on this matter.

The second action is to broaden the scope of our understanding of the terrorists’ actions. While I share a very deep sorrow with the French people and an absolute hatred of the Islamic State for their barbaric actions in Paris, I also cry for those killed in Turkey, Baghdad and Beirut who have received far less attention, and even less sympathy. It is time for us in the United States and other parts of the global north to appreciate that terror does not become terror only when it strikes us.

The writer is the host of The Global African on Telesur-English.