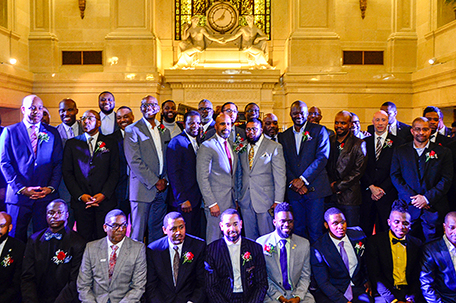 ABOVE PHOTO:  Honorees come together for a group photo on stage. (Photo: K-Len Anderson)

On Thursday, November 1, 2018 the globally recognized initiative, The Made Man (TMM), returned to Philadelphia to honor exceptional African- American male leaders in the community, while powering the platforms mission to uplift and engage accountable male leadership in community service programming for the underserved by creating a sustainable socio-economic and racially equitable society for man, woman and child.

The Made Man Foundation, an organization, 501c3, addresses challenges that affect men who have many roles including father, son, husband, mentor, leader, and more. 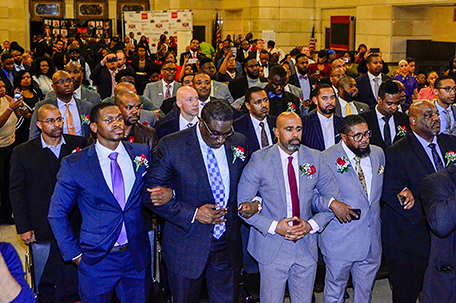 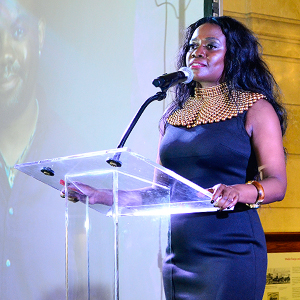 TMM tour executes an engagement strategy that addresses a strength based and positive approach for transformational leadership by understanding the need to recognize the achievements of notable Black male influencers in leadership in their respective fields of work,  their social consciousness and their significant contributions to the community. 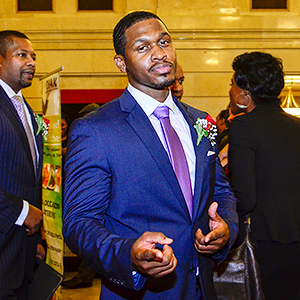 As part of the foundation’s global commitment to empowerment in developing countries, TMM’s visionary leader and founder, Ky Dele, has launched The Made Man Africa (TMMA). An international platform developed to support the United Nations Sustainable Development Goals. 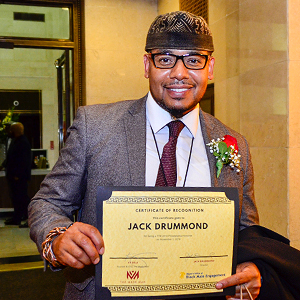 Honorees and TMM alumni will participate in a day long series of programming at Wells Fargo Museum and Bank located, at 123 S. Broad Street in Philadelphia, PA and will visit a Philadelphia area high school to engage in programming with teens that include mentorship and workshops, as well as participate in the press conference, Made Man Honoree Reception and Suit Drive and the new Global Thought Leadership Think Tank Symposium. 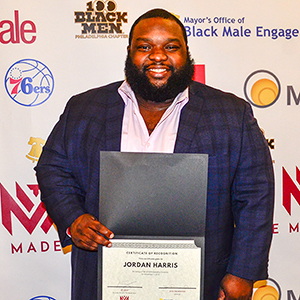 As part of the suit drive, new honorees and alumni will be engaged in the national collection of gently worn suits in support of the platforms workforce development and career readiness programming.

In addition, TMM has collected over 18,000 suits, impacted over 200 organizations, provided mentoring workshops to over 6000 male students, and sponsored college applications for over 6500 students.