The difficult math of inequality 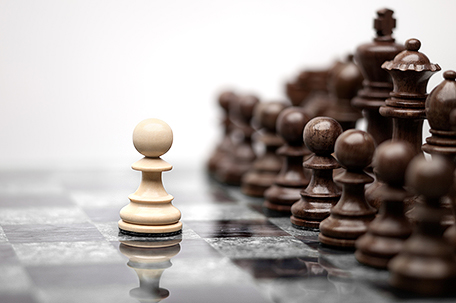 Thousands of fast food workers took to the streets this week, staging strikes in protest over their low pay. In states where the minimum wage has not been raised above the federal level, if a worker could put together a full-time, full-year schedule, she would earn just $15,080 a year.

Some people scoff at raising the minimum wage for these workers, on the basis that “they only flip burgers.” By that logic, what should you get paid if you are the chief burger flipper? Not much, right? Well, the CEOs of fast food restaurants average $11,884,000 in pay annually. That’s a lot of hamburgers to flip.

Here is where the math of inequality comes into play. We haven’t given minimum wage workers a raise in more than five years, yet inflation has continued. So minimum wage workers’ purchasing power has been falling. In 2009, $15,080 a year would place a single mother with a child above the poverty threshold. Today, she and her child would be living in poverty.

Let’s suppose the CEO wants his pay to keep up with inflation. Assuming inflation runs as it has the last 12 months, he needs a pay raise of 2 percent, or $237,680. That raise equals an entire year’s worth of pay for about 16 of his minimum wage workers. Company sales have to increase by almost a quarter million dollars to cover the CEO’s pay raise.

You can see the hard math that inequality creates. When one worker makes 788 times what other workers make, the math of how much it takes to increase everyone’s pay by the same amount gets tricky. Such a huge amount must go to just one worker. But raises for fast food CEOs haven’t simply kept pace with inflation. Analysis by the Economic Policy Institute shows that the average fast food CEO’s pay has almost doubled since 2009.

That should appear odd. If CEOs’ pay has doubled, then clearly we would expect the performance of their companies to have doubled. That would be the result of workers doubling their efforts since 2009 in increasing the companies’ bottom lines. If that were the case, we should see workers’ pay also go up. If performance didn’t improve and workers weren’t more productive, how did CEOs get rewarded for poor management?

Congress could act to rebalance the equation, but Senate Republicans blocked a vote to raise the minimum wage. Despite appeals from workers, the president and the secretary of labor, and despite polls showing support from the American people, House Republicans have indicated they also would block a raise for workers.

If it doesn’t want to address the wage problem head-on, Congress could at least take action to get Americans back to work. A giant rally was held this week at the AFL-CIO headquarters with Secretary of Transportation Anthony Foxx to tell Congress it is time to pass the appropriations needed to put Americans back to work building bridges, fixing roads, updating sewer systems, providing more public transportation options and expanding port facilities. These are investments America must make to remain globally competitive. When we don’t make these improvements, our deteriorating infrastructure becomes a mounting debt we leave for our children to pay.

Full employment is a sure way to help raise the wages of all Americans. Just like pushing up wages from the bottom, it changes the math of inequality. Having job choices, and standing on a higher floor for wages, puts workers closer to eye-to-eye with CEOs when bargaining for wages.

Congress has choices. It can raise the minimum wage. It can invest in America. Or it can continue to make it hard to address American inequality by standing for the 1 percent.