The day after: Obama, GOP in new political dynamic 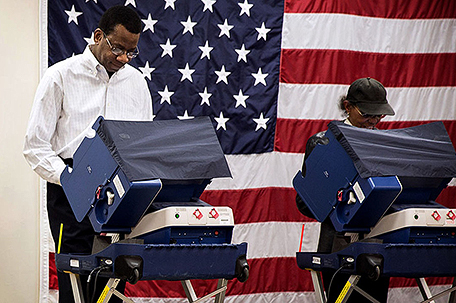 By Ken Thomas and Nancy Benac

WASHINGTON— A weakened President Barack Obama and emboldened Republican leaders in Congress began adjusting to a new political dynamic Wednesday after voters coast to coast used the midterm elections to sharpen the dividing lines in an already divided government.

The president scheduled an afternoon news conference to offer his take on an Election Day thumping of Democrats that gave Republicans new power to check his proposals. Senate Republican leader Mitch McConnell was to give his version, too. He’s now positioned to become the new Senate majority leader and confront the president over his signature health care law and on other issues. 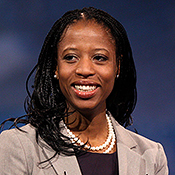 Faced with the imperative of constructing a new working relationship, one of Obama’s first post-election calls was to McConnell, although the two didn’t connect. Obama left a message for the senator.

The election results were resounding: The GOP won control of the Senate and strengthened its hold on the House as a series of Democratic-leaning states fell under control of new Republican governors.

That will force both sides to rethink their approach on immigration reform, budget matters, presidential nominations and much more. With lawmakers planning to return to Washington next week for a post-election session, Obama invited congressional leaders to a meeting Friday.

Scott won in South Carolina, becoming the first African-American since Reconstruction to be elected to the U.S. Senate and elected to a statewide office.

He defeated another African-American, Democratic challenger Joyce Dickerson, and third-party candidate Jill Bossi. Scott, who served in the U.S. House of Representatives, was appointed by Gov. Nikki Haley in December 2012 to fill the seat vacated by Sen. Jim DeMint.

CNN reported that Scott’s win also makes him the first African-American in U.S. history to be elected to both the House and the Senate. 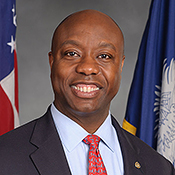 “My skin color is talked about often,” Scott said Tuesday. “Tonight I want to talk about it for just a moment. In South Carolina, in America, it takes a generation to go from having a grandfather who is picking cotton, to a grandson in Congress. We are thankful for those trailblazers who came before us and said the status quo was not enough. I stand on the shoulders of giants. Our values and our issues are central. The most important things we have to offer are on the inside. This is the testament to progress made.”

Mia Love, a former mayor of Saratoga Springs, Utah, ran in 2012 but lost.

“Tonight you have made history!” Love told supporters after winning the state’s fourth House district. “Many of the naysayers out there said that Utah would never elect a black Republican LDS (Latter-day Saint) woman to Congress. Not only did we do it, we were the first to do it!”

“We are humbled by the responsibility the American people have placed with us, but this is not a time for celebration,” said House Speaker John Boehner, who will preside over a larger caucus come January. “It’s time for government to start getting results and implementing solutions to the challenges facing our country, starting with our still-struggling economy.”

With the 2014 midterms in the rearview mirror, 2016 and the next presidential race loom large. It was no coincidence that two potential GOP contenders for 2016 — New Jersey Gov. Chris Christie and Sen. Rand Paul of Kentucky — turned up on morning talk shows Wednesday to deconstruct the results and cast them as a good sign for the GOP going forward.

Exit polls show the GOP drew strength from voters who felt left behind economically. Almost half said their own families’ financial situations hadn’t improved much over the past two years, and a fourth said it had gotten worse. Those who said their finances were worse supported Republican congressional candidates by more than a 2-1 margin.

Even as they turned against Obama and Democrats, voters also expressed scant confidence in Republican leaders, underscoring the increased pressure that Republicans will face to deliver next year when they control both houses of Congress.

Obama will have early opportunities to set a new tone in dealing with the Republicans.

He has promised immigration advocates that he’ll issue presidential orders this year to shield from deportation millions of immigrants living in the U.S. illegally, but three GOP senators have asked him to hold off on that. Obama also could act on the long-delayed Canada-to-Texas Keystone XL oil pipeline, which has wide bipartisan support in Congress, in order to avert an early showdown with the new Congress.

Obama’s poor approval ratings turned him into a liability for Democrats seeking re-election. The outcome offered parallels to the sixth year of Republican George W. Bush’s presidency, when Democrats won sweeping victories amid voter discontent with the wars in Iraq and Afghanistan.

Senate Republicans tagged their Democratic opponents with voting in lockstep with Obama and it worked: The GOP took over formerly Democratic Senate seats in seven states.

With three races yet to be settled, the GOP had claimed 52 seats in the next Senate, to win back the majority for the first time since 2006. Senate races in Virginia and Alaska were still to be settled, and Louisiana was headed for a Dec. 6 runoff between three-term Democratic Sen. Mary Landrieu and Republican Rep. Bill Cassidy.

Outside groups were standing ready with millions in advertising time for the Louisiana runoff. The Koch-backed Freedom Partners Action Fund had reserved more than $2 million in airtime, starting with ads that Louisiana voters were to begin seeing on Wednesday. The Senate Republicans’ campaign arm had booked $2.8 million in ads and the Senate Democrats’ committee already had planned $1.8 million in ads.

In the House, where more than a dozen races remained unsettled, Republicans were on track to meet or exceed the 246 seats they held during President Harry S. Truman’s administration more than 60 years ago.

In state capitols, Republicans picked up governors’ seats in reliably Democratic states like Illinois, Maryland and Massachusetts. With Congress grappling with gridlock, states have been at the forefront of efforts to raise the minimum wage and implement Obama’s health care law.