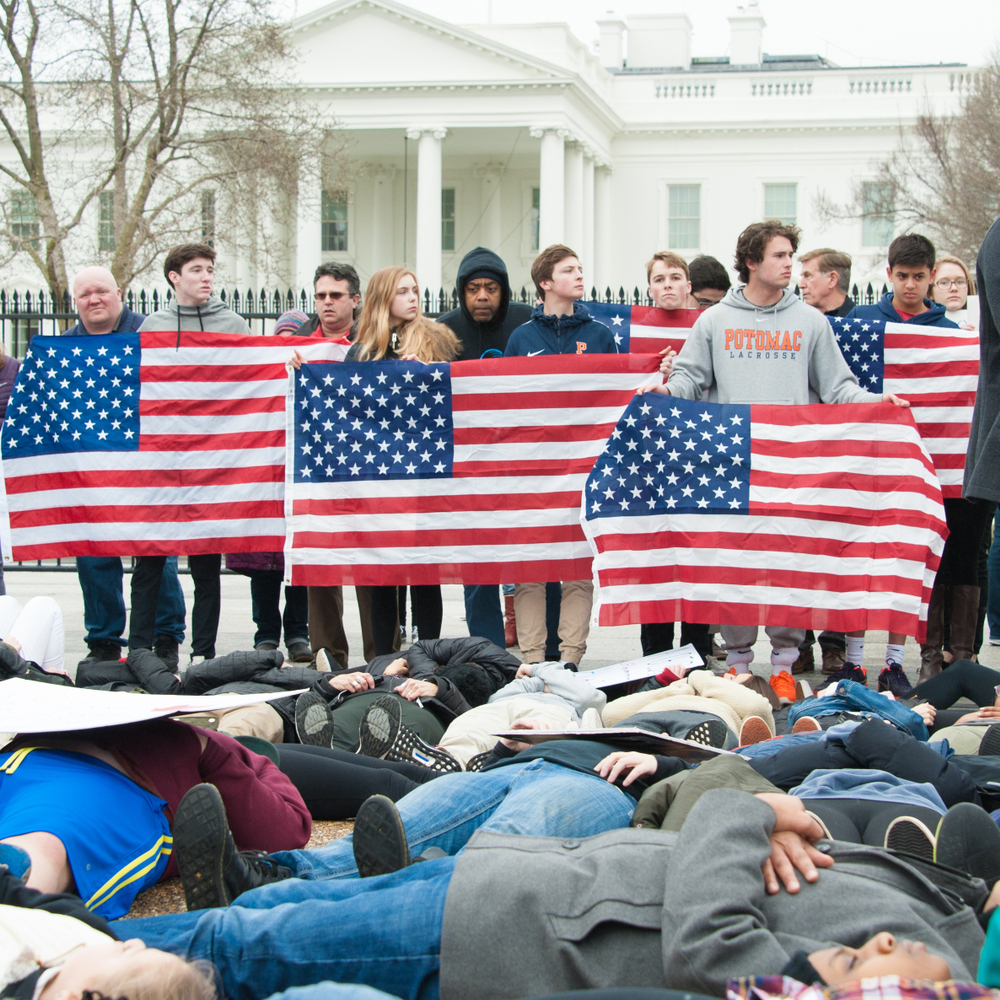 Dozens of teenage students spread their bodies Monday on the pavement in front of the White House to demand presidential action on gun control and symbolize the 17 killed in a school shooting in Florida.

The teenagers were also joined by parents and educators. The protesters held their arms crossed at their chests. Two activists were covered by an American flag. One held a sign asking, “Am I Next?”

Ella Fesler is a 16-year-old high school student in Alexandria, Virginia. She says, “It’s really important to express our anger and the importance of finally trying to make a change and having gun control in America.”

Fesler adds, “Every day when I say ‘bye’ to my parents, I do acknowledge the fact that I could never see my parents again.” President Donald Trump is at his Florida golf club, some 40 miles from the site of the school shooting.