Tamron Hall opens up about her sister’s murder 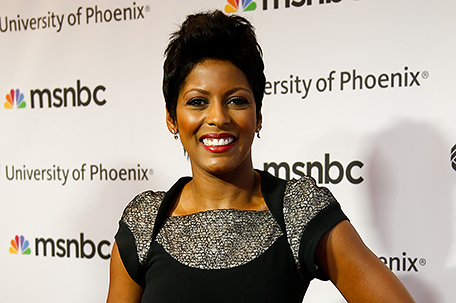 In the upcoming issue of People Magazine, MSNBC and NBC anchor Tamron Hall opened with the publication about the 2014 murder of her sister. Renate’s body was found “beaten and bludgeoned to death, floating face down in the small backyard pool of her home in Houston, Texas,” People wrote. Renate’s murder has never been solved.

Hall confirmed that her sister’s death came after years of dating abusive men, but was clear, “No one deserves what happened to my sister,” Hall said. She sat down with People to talk about her sister’s tragic death and what it taught her about domestic violence.

On her bond with her big sister, who was her stepdad’s daughter:

“We were family. That was my big sister. When I needed advice, I asked her.”

“She was very smart and very beautiful. Many times she’d fall for men who took advantage of her.”

On seeing her sister attacked for the first time:

“I said to her, ‘What’s wrong with you?’ ‘You’re too beautiful. Too smart. You can do better.’ All the things I’ve learned now are wrong [from domestic abuse advocates], I did them all.”

Sadly, her sister continued a relationship with that man, who was a person of interest in Renate’s murder, but no one has been arrested some 12 years later. According to the Today Show, Hall has found peace in working with domestic violence groups Safe Horizon and Day One with Renate’s sons and her Investigation with Discovery Channel show Deadline: Crime.

Yet, she admitted that her sister’s experience has affected how she approaches her own relationships.

“I’ve been engaged a couple of times — thank God no one was abusive. My friends call me the runaway bride,” Hall told Today.

While for years, Hall was reluctant to go public about her sister’s death, but she changed her mind over time.

“For a long time I was hesitant about sharing our story. I didn’t want to be another well-known person saying, ‘Look what happened to me and my family.’ But then I said, screw that. I can save a life,” she told People.

If you or someone you know needs help, you can call the National Domestic Violence Hotline at 800-799-7233.