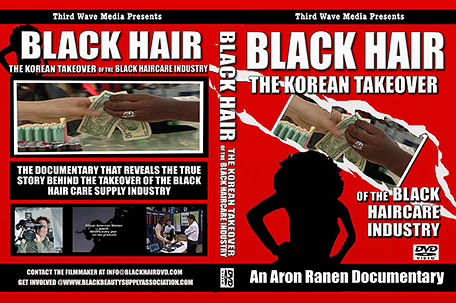 ABOVE PHOTO:  Aron Ranen’s documentary ‘Black HaiR,’ takes a sincere look inside the industry and reveals many of the business tactics that are creating challenges for non-Korean beauty supply store owners to be competitive.

It is no secret our hair is a matter of priority to a large number of black women. Many of us have at some point in our lives, if not currently, spent endless hours in the hair salon in hopes that our stylists render an interpretation remotely close to our request, spent far too many dollars purchasing just the right products to ensure tamed tresses or “bought you some hair from the Koreans.” Whether braided, twisted, locked, wigs, weaves or extensions, our “look” can be reinvented with a trip to the salon or beauty supply store.

It’s debated whether morphing into a long, straight haired goddess, for what may appear to be a small fee, is a matter of convenience, economics, professionalism, an expression of femininity or pure self loathing for black women. We live in a society where we are judged by the perception of our appearance and our appearance is a defining statement about who we are or how we wish to be perceived. How we choose to show up as our most beautiful selves is a matter of personal choice. However, the root of these choices, is worthy of introspection. Let’s take a look at the big picture, remembering the major roll our choices play in getting the Black hair care industry back.

In 2004, sales of black hair care products exceeded $1.7 billion, as reported by Mintel International Group, a consumer research company. This figure does not include the synthetic and human hair additions that have gained tremendous popularity in recent years. These products are typically not available at local drugstore, rather beauty supply stores owned by Korean immigrants in most cases. 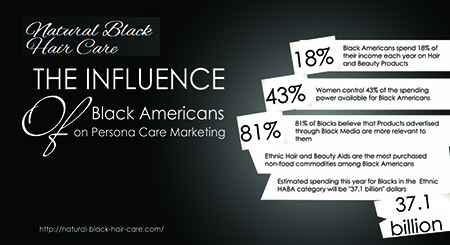 In business, Korean immigrants understand the concept of location, location, location with beauty supply stores popping up everywhere from Smallville, USA to major metropolitan cities and everywhere in between, but assuredly found in an urban community. They ensure convenience to the stores, stock them with high demand Black hair care products and sell them at a price point with which non–Korean owned beauty supply stores can’t compete.

One aspect of business Korean American store owners appear to place little value on is customer service. You may or may not be greeted when you enter their stores, but you will certainly be watched if not followed. Shame on us for perpetuating the growth of the monopoly as they collect billions of our dollars and give nothing back to their indigenous customer’s communities-–not even a pleasant shopping experience.

Koreans dominate the industry with control of more than 80 percent of the distribution of Black hair care products, beauty supply stores and the wig and extension manufacturers.

A documentary entitled Black Hair by Aron Ranen takes a sincere look inside the industry and reveals many of the business tactics that are creating challenges for non-Korean beauty supply store owners to be competitive. The documentary has been screened at national hair shows, industry conferences and can now be viewed at YouTube.com

Ranen’s Black Hair suggests, Koreans have maintained their presence by relying on their language to exclude non-Korean customers. Informational magazines such as QTC and the Beauty Times, which is the number one industry magazine and product order sheets is written partially or totally in Korean. Non-Korean American beauty supply store owners report that distributors answer their phones in Korean and have gone as far as to inquire of their nationality prior to placing orders for hair care products. Some store owners have reported Korean-American distributors selling goods to them at higher prices-–if selling to them at all.

On responses to the documentary, Ranen was quoted saying “White people think the film is unbalanced and unfair. There is an overall fear of exacerbating Korean/Black tensions.”

Ranen’s documentary and countless other sources contend that it is difficult to get a response to allegations from Korean -Americans in the industry, responses vary from complete silence to claiming to have no knowledge. Various accounts suggest there is a code of silence amongst Koreans in the industry, as they remain implicitly unwilling to allow their dominant position to be challenged.

While Korean Americans have displayed remarkable acumen in business matters, the foundation for such a monopoly was not built by Korean immigrants with astounding work ethics alone. Chosu Libo, a respected South Korean newspaper reports assistance from the U.S. and Korean governments some 40 years ago. 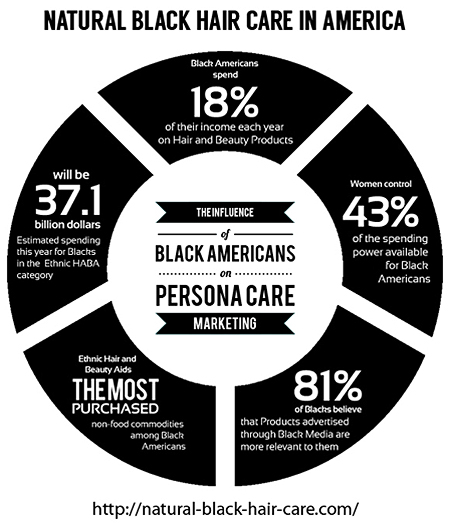 The International Migration Review reports, development of Asian immigrants’ import-export business has been closely related to the increasing economic linkages between Asian countries and the United States. Such linkages are a product of the global economic restructuring where some developing countries of Asia have become major exporters of low cost/low price consumer goods to the United States. The Korean immigrants’ wig business in Los Angeles was studied as a case of contemporary import-export trade among Asian immigrants, with major findings summarized as follows:

The increased reliance of the United States on imported goods by the 1970s led to rapid growth of the export-oriented industry in South Korea. Wigs became the major export item of South Korea due to its cheap labor force and government-aid loans to the wig industry. Consequently, a strong vertical integration developed between Korean wig manufacturers in South Korea and Korean importers, wholesalers, and retailers in the United States–that integration provided Korean immigrants with initial business opportunities in the U.S. economy, particularly in low-income minority areas.

In the early 1900s, Black-Americans controlled the industry with the likes of Madam C.J. Walker, a manufacture and distributor of Black hair care products, and Anthony Overton, a manufacturer of Black beauty aids as well as a magazine publisher and president of a Black-owned bank.

The Journal of Social History reports, that during the years between the Great Migration and the Great Depression, the Black beauty aides industry emerged as a black institution. Black industry professionals developed business strategies to overcome the barriers to economic participation they were being met with during those times.

The period between the Great Depression and the civil rights movement was vital, as the industry proved its resilience to economic and social turmoil growing out of racial discord. This was critical since Black manufacturers in the Black hair care industry managed to emerge from the Great Depression while other institutions disappeared. The industries staying power did not go unnoticed. Manufacturers of Black hair care products became the focus of public discourse during the civil rights movement.

The years from the civil rights movement to the early 1990s proved to be pivotal for the industry. Black manufacturers began to lose ground to large white conglomerates prior to the Korean take over.

Some black-owned companies such as Soft Sheen emerged to manufacture and/or distribute Black hair care products. Independently black owned companies, such as Dudley Products Inc. Luster Products Inc and Bronner Brothers have been able to withstand the changes in the industry because they either sale directly to beauty salons or have long established relationships with distributors.

In 2004, BOBSA-–the Black Owned Beauty Supply Association- was created in an effort to take back the Black hair care industry and bring awareness to the Korean-American’s hold on it. The association represents Black owned beauty supply stores, distributors, manufacturers and beauty supply store owners. One of the association’s visions is to provide distribution of Black hair care products via the Internet and distribution centers.

According to The Boston Globe, Sam Ennon, the organization’s director says it will cost $5 million to $6 million to stock one distribution warehouse Ennon intends to use the Koreans’ example as a template. Ennon believes key components for the organizations growth to be “communication with one another, sharing of information, co-op buying together and working together as a unit and a community.”

Though BOBSA has faced criticism for not having a clear stated action plan, the website is chocked-full of information for industry professionals. Some industry professionals have called for a boycott to stop the dollars, strong media campaigns to bring this phenomenon to everyone’s attention and opening of more black –owned beauty supply stores. With proper support, BOBSA could be a powerful force in the industry.

Ladies, as we contemplate our next “look,” we want to remember the bigger picture, the history of the industry, the power of our dollar and the willingness to make conscious spending choices as part of a collective effort to affect change in the Black hair care industry that was once ours.

Wearing a weave may be stylish, but taking care of your hair under the weave is a requirement