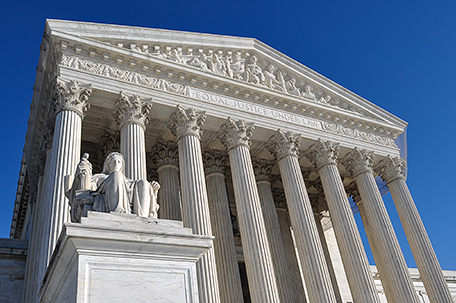 WASHINGTON — The Supreme Court last Monday declined an Obama administration request to break its recent tie over plans to protect millions of immigrants.

The justices rejected the appeal with no comment. The high court had split 4-4 in late June, effectively killing the White House’s plans to shield from deportation immigrants who are in the country illegally and provide them work permits. The administration had asked the court to reconsider the case once a ninth justice is on the bench.

The court has been short-handed since Justice Antonin Scalia died in February and will have to wait for the Nov. 8 presidential election to get a sense of who might join them as the ninth justice. President Barack Obama has nominated Judge Merrick Garland, but Senate Republicans have refused to act, saying the next president should fill the Scalia seat.

The immigration case still could return to the court, but probably not until a later term.

White House spokesman Josh Earnest said Monday the administration was disappointed by the immigration decision and called on Senate Republicans to “confirm a ninth justice to the Supreme Court so that the business of the American people can be conducted in the Supreme Court.”