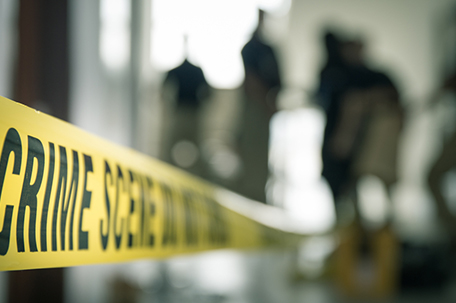 MEDIA, Pa.  — Authorities have announced charges in the death of an 8-year-old girl hit by gunfire that also wounded four other people outside a high school football game near Philadelphia this summer — shots officials say almost certainly came mostly from police officers.

The Delaware County district attorney’s office said Wednesday that a 16-year-old youth from Sharon Hill would face first-degree murder and other charges in the death of 8-year Fanta Bility. Prosecutors said an 18-year-old Collingdale man would also face charges and was being sought.

District Attorney Jack Stollsteimer alleges that the two argued at the Aug. 27 game between Pennsbury and Academy Park high schools and then “exchanged multiple gunshots with each other” outside as spectators were leaving the game, wounding one person caught in the crossfire.

Authorities have said that three Sharon Hill officers were positioned opposite the exit, and as the gunfire broke out a car turned onto the street directly in front of them. The gunfire and the movement of the vehicle “precipitated responsive gunfire” from the officers, and ballistics analysis had “concluded with near certainty” that their fire hit four of the five victims in the crowd, including the child, Stollsteimer said earlier. Final forensic reports are awaited.

“Under the laws of this commonwealth, my office has determined that (the defendants) should both be held criminally liable for the murder of Fanta Bility, as well as for the wounding of all of the bystanders,” Stollsteimer said.

He said an investigative grand jury would be seated Nov. 18 to “review the entire case, so that it may be determined whether the police officers’ use of deadly force was justified.” The lay panel is to hear testimony, compile a report and issue a presentment if charges are warranted. Sharon Hill has hired a former Philadelphia district attorney to conduct an administrative review of the department’s policies and procedures on police use of deadly force.

The Associated Press filed a request for dash cam and body cam footage related to the shooting, which was denied by borough officials citing an ongoing criminal investigation.

Sharon Hill borough is a small community of about 5,700 residents less than 2 miles north of Philadelphia International Airport.