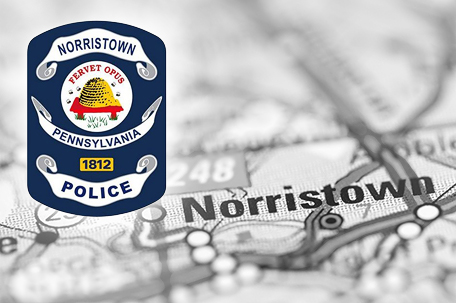 Wood, a 23-year veteran of the Philadelphia force, was one of dozens of candidates who applied for the position during a national search this summer to replace Mark Talbot who accepted a police chief position in Virginia.

Council’s action initiates the process to draw up a conditional employment contract with Wood and conduct a thorough background check. Following a clean background check, Wood will be sworn-in as the police chief (date TBD).

“Inspector Wood has the training, the experience, and the community support to lead the Norristown Police Department. Council looks forward to Wood being a key figure in the Norristown community as we all work together to keep our town safe,” said Council President Derrick Perry.

Wood started his career in law enforcement with the Philadelphia Police Department in 1998, earning the rank sergeant in 2004. He continued to climb the ranks up to early 2017 when he was appointed inspector-southwest division, managing over 800 officers and civilian staff members. At present, he is the police inspector for recruitment and background investigations. Police inspector is the third highest rank in the Philadelphia Police Department after commissioner and deputy commissioner.

He holds bachelor’s and master’s degrees from Holy Family University and completed training at the FBI National Academy and the Senior Management Institute of Policing in Boston.

Wood’s appointment comes after an extensive search that drew applicants from across the nation. Community members were able to speak with Wood during the final stage of the interview process at an Oct. 28 candidate forum.

The police chief is charged with leading the Norristown Police Department’s approximately 70 police officers and 30 civilian staff who work to protect the municipality’s 35,000 residents. Community safety is one of the leading priorities for the police department.