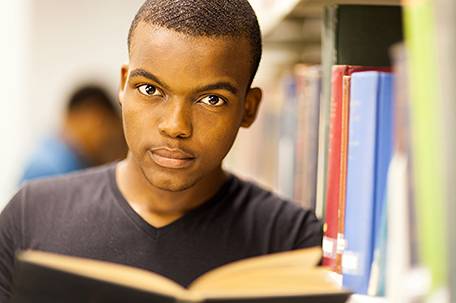 Early 50 percent of black men and 40 percent of white men are arrested at least once on non-traffic-related crimes by the time they turn 23, according to a new study.

One of the authors of the study published this month in the journal “Crime & Delinquency” said the statistics could be useful in shaping policy so that people aren’t haunted by arrests when they apply for jobs, schools or public housing.

“Many, many people are involved with the criminal justice system at this level,” said Shawn Bushway, a University at Albany criminologist. “And treating them all as if they’re hardened criminals is a serious mistake.”

The peer-reviewed estimates didn’t rely on arrest records but instead on an annual federal Bureau of Labor Statistics survey of about 7,000 young people who answered questions each year from 1997 to 2008 on a range of issues — including if they had ever been taken into custody for something other than a traffic offense. Self-reported crimes ranged from underage drinking to violent assaults.

Among women, 20 percent of blacks, 18 percent of whites and 16 percent of Hispanics were arrested at least once by age 23.

Further research on the arrests themselves, convictions and recidivism rates are in the works, said the study’s co-author, University of South Carolina criminology professor Robert Brame.

“Among criminologists, I don’t think they’re that surprised or alarmed by the findings,” Brame said. “The alarm and concern is among people not as familiar with the patterns.”

The last time a similar estimate was made was in 1967, when researchers using statistics reported to the FBI found that by age 23, 34 percent of all men would have been arrested at least once. Brame and Bushway’s estimate for all men is 40 percent.

Overall, the 1967 estimate said 22 percent of all people were arrested at least once for a non-traffic offense by age 23; the new study’s overall finding is 30 percent.

Jim Pasco, the executive director of the Washington, D.C.-based National Fraternal Order of Police, wasn’t familiar with the study but said officers are focused on stopping crime as it happens — regardless of race or age.

Kai Smith, 44, who heads a New York City gang diversion group, said he was first arrested at age 12 or 13 for jumping a subway turnstile. He later went on to serve 16 years in state prison for drug possession.

“It’s really damaging … putting handcuffs on a child at 12, 13 or 14 years old,” he said. “Even for something like jumping a turnstile, those acts have ripple effects that can be catastrophic.”

In New York, Gov. Andrew Cuomo has proposed raising the age when criminal suspects go to adult court from 16 to 18, saying he’ll establish a commission to plan it and propose steps to protect the public from “a small number of young violent offenders.”

Only one other state, North Carolina, treats juveniles this way. Advocates in both states want the age of criminal responsibility raised to 18, with younger teens sent to family court, where they can avoid the dangers of adult jails and prisons and have criminal records sealed.

“It really takes a toll on them and their futures,” he said. “Even the process of getting carried down to the police station — it becomes a custom or pattern that becomes part of their lives.”

Bad habits can age you by 12 years, study suggests