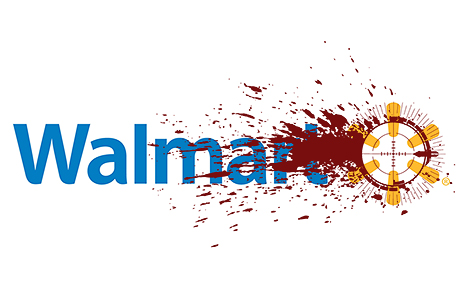 •Charge 911 caller Ronald Ritchie, who reported that Crawford was waving a weapon in the Beavercreek Walmart that night;

•And revise training and lethal use of force policies.

Crawford, a Fairfield resident, had an air rifle in his hand while walking around the store and talking on a cell phone. He had picked up the unboxed air rifle from a store shelf and later attracted the attention of Ritchie.

A special grand jury last month declined to hand up indictments against Williams. Shortly after that, federal officials announced that they would conduct a separate review of the case to determine if there were any civil rights violations.

Williams remains on administrative duties until the federal investigation is complete.

The special prosecutor said the 911 caller was “trying to be a good citizen, reporting as best he can what he’s seeing.”

A handful of Ohio Student Association members demonstrated at the police department Monday afternoon. Last week, some of the group met for nearly 90 minutes with Evers and now they want a response to their demands.

“Police Chief Evers cannot hide behind his desk,” said Malaya Davis, a student group leader. “We are demanding answers and accountability in a public forum.”

A Fairborn resident, Angela Williams, also died Aug. 5. The Springfield nursing home employee was shopping at Walmart with her two children when the officer fired the shots that killed Crawford. Angela Williams tried to get her children to safety but collapsed as they ran toward a bathroom in the store.

The Philadelphia Zoo and Walmart announce $10 Walmart Wednesdays this month