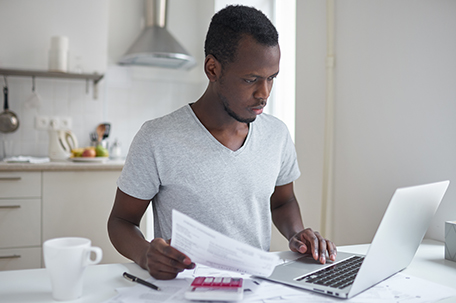 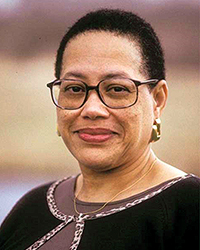 As students and their families begin preparing for another school year, the Consumer Financial Protection Bureau (CFPB) is reporting a record increase over the past year in the number of student loan complaints. The 325 percent increase in complaints includes federal and private student loans, debt collection, and debt relief.

According to Seth Frotman, CFPB assistant director and student loan ombudsman, the growing connections between loans to gain educational credentials and the subsequent debt incurred that must be repaid – often on modest incomes – is a real-life dilemma.

“The public broadly shares the benefits of a highly educated professional workforce serving in their communities,” noted Frotman.  “Yet, too often, the financial costs of these new credentials fall on individuals in careers with limited opportunity for wage growth to offset these costs.”

When student loan industry practices that delay, defer, or deny access to critical consumer protections, additional burdens are borne along with the weight of debt owed. Little wonder, then, that consumers have contacted CFPB for assistance.

Over 320 companies have been the source of complaints that CFPB received from March 2016 to April 1st of this year. The largest number of complaints — 11,500 — concerned federal student loan servicing. Another 7,500 complaints were about private student loans. Issues with debt collection, however, affect both types of loans, and generated 2,200 complaints.

Navient, the nation’s largest student loan servicer, is also the leading servicer when it comes to complaints of debt collection concerning both private and federal student loans. Some 63 percent private student loan complainants identified dealing with the servicer or lender as the key issue, compared to nearly half at 34 percent whose problems were based on an inability to pay their loans.

Readers may recall that earlier this year, CFPB sued Navient and two of its subsidiaries for allegedly using shortcuts and deception to cheat 12 million borrowers out of their rights to lower loan repayments. The firm’s loan servicing failures caused more than one-in-four borrowers to pay more than $4 billion in interest they should not have been charged from January 2010 to March 2015, according to CFPB’s complaint.

As the litigation is still pending, it does not appear that Navient or other loan servicers have complied completely with the borrower options of Income-Driven Repayment (IDR), or Public Service Loan Forgiveness (PSLF). Both options offer debt relief to student loan borrowers.

PSLF was designed to encourage student loan borrowers into public service careers and in return, receive partial loan forgiveness so long as all of the following four conditions were met:

2.  Enrollment in a qualifying repayment plan;

What CFPB’s report found was that reported servicer problems were preventing borrowers’ from obtaining their PSLF benefits. Similarly, student loan borrowers hoping for affordable IDR payments have been similarly frustrated in initial enrollment and subsequent recertification with Navient and four other student loan servicers: ACS, AES/PHEAA, Great Lakes, and Nelnet. Among these five, two – AES/PHEAA and ACS – compiled the most IDR issues by complaints.

It would be wise to resolve this recent surge in student loan complaints before this October when the Department of Education begins accepting applications for PSLF. To forge progress in this specific area, CFPB has recommendations to ensure that borrowers and servicers alike are treated fairly and in accordance with federal protections.  In 2010, the Education Department made an effort to mitigate harms caused to borrowers based in incorrect information that servicers provided. In some of those cases, borrowers were enrolled when they were ineligible for the chosen payment plan.

Information that is easy for borrowers to understand would be an important first step in improving borrower-servicer relations. Secondly, for families already enrolled in IDR, reductions or changes in family incomes should be promptly reported and recertified. Both the size of the family and income(s) are both factors that determine what is affordable under IDR.

“Servicer breakdowns should never stand between a borrower and the relief they are entitled to under the law,” said Whitney Barkley-Denney, Senior Policy Counsel at the Center for Responsible Lending. “We must ensure that borrowers and their families are getting the information and help they need from servicers to make their payments affordable and to qualify for any relief programs they are eligible for.”

Charlene Crowell is the communications deputy director with the Center for Responsible Lending. She can be reached at [email protected].