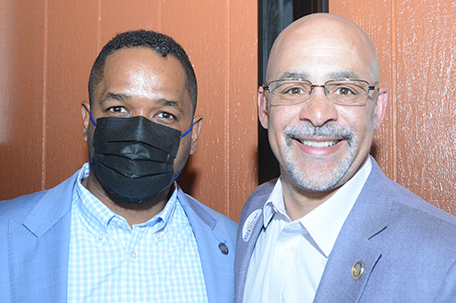 After Tuesday’s Pennsylvania primary — held amid a swirl of controversy — the stage is set for November’s general election to be one of the most consequential in recent years in the commonwealth. Adding to the tension is the aftermath of court challenges to voter access and the fallout from the latest post-Census redistricting maps.

The eyes of the nation — and in some instances, the world — are focused on Pennsylvania.

The familiar, formulaic campaign narratives — good vs evil, change vs complacency, old vs new, or elite vs grassroots — set the tone for the primary election. So did a particularly vicious line of attack ads that capitalized on these intraparty squabbles and territorial battles, many produced by Political Action Committees and other influencers outside of the state.

Even textbook-perfect weather did not boost voter turnout, which is typically low in years between presidential elections. It was light, around 22%, according to the Philadelphia City Commissioners’ website.

On Tuesday, Philadelphia’s incumbents had something that the newcomers did not: constituents desperate for normalcy, or whatever normalcy looks like two years after a pandemic that has affected their physical, economic, and psychological well-being and an attempted federal government coup.

Nevertheless, several primary challenges were mounted in Pennsylvania’s House race, some of which were successful.

Other high-profile incumbent challenges were mounted throughout the city, even when redistricting was not involved.

The Pennsylvania Senate’s Democratic Whip, Anthony Hardy Williams, part of a political family who has held sway in the 8th District for decades, bested a strong progressive opponent, teacher and union activist Paul Prescod. As of press time, according to the Philadelphia City Commissioner’s website, Prescod garnered 43.74% of the district’s vote, while Williams garnered 56.12% of the vote.

Mike Driscoll opted not to run in the Pennsylvania House race in the 173rd District after ward leaders in the 6th Councilmanic district selected him to run in a special election for the seat vacated by former City Councilmember Bobby Henon. Henon was convicted on federal corruption charges last November, and Driscoll was appointed to the seat after Henon’s resignation in January. Driscoll ran unopposed.

In the final weeks prior to the primary, a slew of attack ads were deployed, which exacerbated the growing rift between moderate and progressive Democrats in Philadelphia.

Some of the newer, progressive candidates who took office during the last state representative election survived tough challenges, turning the usual narrative of “remove the incumbent at all costs” on its head.

The redistricting changes this year shaped a contest which saw two Democratic incumbents — progressive Chris Rabb, the member of the House of Representatives from the 200th District, and moderate Isabella Fitzgerald, the member of the House from the 203rd District — faced off over the 200th District seat. The redrawn district’s boundaries include Mount Airy, a portion of Chestnut Hill, and the majority of West Oak Lane.

A number of vicious attack mailers, media blitzes, and social media scuffles pitted the two colleagues against each other in ways that may not have happened if the legislative reapportionment process hadn’t taken place as it did. In the end, Rabb, who garnered 61.67 % of the district’s vote, bested FItzgerald, who garnered a respectable 38.17% of the vote.

Meanwhile, in the 203rd District, Anthony Bellmon, who garnered 46.84 % of the vote, bested his two opponents, Heather Miller and Yusuf Jackson.

The campaign of State Rep. Elizabeth Fielder survived one of the season’s most vitriolic and disturbing attack ad campaigns, including one that appeared to show a gun pointing at her head. Fielder bested opponent Michael Giangiordano in that contest.

State Rep. Malcolm Kenyatta — who lost his bid for the U.S. Senate to Lieutenant Governor John Fetterman statewide, despite running a campaign that drew national and international attention — ran unopposed in the 181st District.

As of press time, Amen Brown — currently serving as the 190th District rep — appears to be slightly ahead of his opponent, community organizer Cass Green, a progressive favorite, in the newly formed 10th District, but the final result has still not been officially announced.

In the special election held to fill the seat of former State Sen. John Sabatina in the 5th District for the remaining two years of his term, Hoops 24/7 Basketball Academy owner Jimmy Dillon, bested his Republican opponent, real estate agent Sam Oropeza. Sabatina resigned in November after being elected to serve as a judge on the Philadelphia County Court of Common Pleas.