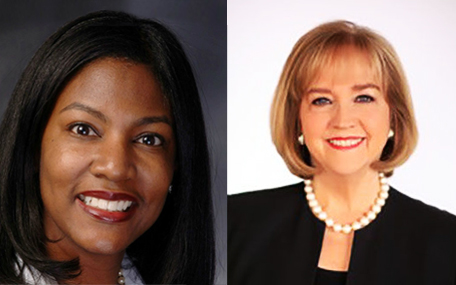 ST. LOUIS — A generation after St. Louis elected its first African-American mayor, many in the Black community are convinced that unchecked egos cost them the chance to regain leadership of the racially divided city.

Lyda Krewson, 64, a White alderwoman, defeated black city Treasurer Tishaura Jones by fewer than 900 votes in the city’s recent Democratic primary. St. Louis is heavily Democratic, and Krewson will be the overwhelming favorite in the April 4 general election.

Krewson dominated in mostly White south St. Louis, while Jones and two other Black candidates split the vote on the predominantly Black north side, an outcome that holds an all-too-familiar lesson for Black political hopefuls in major U.S. cities: Pitting African-Americans against each other can jeopardize the chances of any one of them winning against a strong White contender.

“Overall, I felt like ego, patriarchy and sexism were the things that were leading the other candidates not to want to get out of the race,” Jones said in an interview. “At some point, we have to stop fighting each other and try to come together because now we are looking at four more years of policies that we all claim that we didn’t want.”

Krewson was the favorite all along and was endorsed by four-term Mayor Francis Slay, who is white and chose not to seek a fifth term. Jones, 45, surged over the campaign’s final days, thanks in part to celebrity endorsements from the likes of actresses Jada Pinkett Smith and Issa Rae, and a scathing letter rejecting an interview request from the St. Louis Post-Dispatch and decrying racism in the city.

In the end, Krewson carried 32 percent of the vote in the seven-person race to Jones’ 30 percent. Aldermanic President Lewis Reed was third with 18 percent, followed by Alderman Antonio French with 16 percent. Reed and French are Black. Blacks make up 49 percent of St. Louis’ 316,000 residents, Whites 44 percent.

St. Louis University political scientist Ken Warren said that if just one of the competitive Black candidates had dropped out, Jones would have won, perhaps easily.

“The fact that the black community did not rally around one candidate makes it clear they spoiled their chances of being represented by a Black mayor,” Warren said.

Some African-American leaders saw early on that unity was their best hope. In December, Donald Suggs, publisher of the St. Louis American, a Black weekly newspaper, called a meeting of the Black candidates and urged them to unite behind a single candidate. The appeal had little effect.

Around the U.S., it is difficult for Black politicians to win statewide elections, and often the highest job they can aspire to with any hope of success is mayor or congressman. As a result, such contests are often crowded with Black candidates.

But large Black populations don’t always translate into Black leadership – a situation attributed in part to voters’ habit of casting their ballots along racial lines.

Chicago, the city that gave rise to President Barack Obama and has a Black population of about 900,000, has had only one Black mayor, Harold Washington Jr., in the 1980s. In 2015, Memphis elected its first White mayor in 24 years. Detroit and New Orleans, which are 82 percent and 67 percent Black respectively, have White mayors.

“There is a framework here and there are a group of individuals who have been involved on a consistent basis in the politics of Atlanta,” said Mayor Kasim Reed, who was first elected in 2007, when he defeated a white woman by just 715 votes.

Reed pointed to longtime political lions Andrew Young – who also served as mayor – and Rep. John Lewis as among those who enjoy popularity and influence and who are courted by Black candidates for their crucial endorsements.

“That does lend a stability and an order,” Reed said.

Marc Morial, president of the National Urban League and former mayor of New Orleans, said the lesson from St. Louis is that Blacks must act more strategically if the election of an African-American mayor is important to them.

“There’s got to be some political give-and-take and compromises made,” Morial said. “A candidate who’s serious has to have the political skills to clear the field – or at least diminish it.”

“This is insane,” she said. “We cannot continue to tear each other down and expect a different result.”