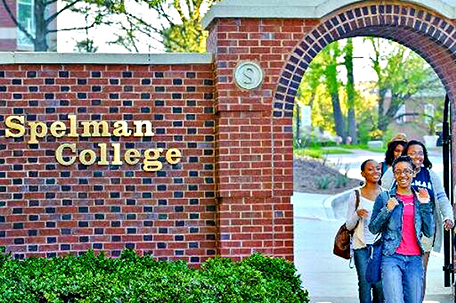 Spelman College president Mary Schmidt Campbell announced Tuesday the all-women institution will accept students, starting next school year, who “consistently live and self-identify as women, regardless of their gender assignment at birth.”

The college sent a letter to students, faculty and staff explaining the new policy. The Historically Black College & University (HBCU), located near downtown Atlanta, had been considering such a policy since the prior semester, according to news accounts. A task force of students, faculty, staff and alumnae looked at the potential changes, Campbell said.

“In adopting this admissions policy, Spelman continues its fervent belief in the power of the Spelman Sisterhood,” the letter said. “Students who choose Spelman come to our campus prepared to participate in a women’s college that is academically and intellectually rigorous, and affirms its core mission as the education and development of high-achieving Black women.”

The letter also contains frequently asked questions about the policy. Transgender students who identify as men will not be admitted, Spelman explained. Housing accommodations will be considered on a case-by-case basis. Students who transition to male after they’ve enrolled at Spelman will still be awarded a degree.

Spelman, one of the nation’s most prominent single-gender institutions, has about 2,100 students. Spelman’s decision was a hot topic for alumni and on social media. Some blasted the college while others called the change progress.

“I applaud my beloved alma mater’s proactive stance while still honoring the institution’s traditons,” said Charmagne Helton, a 1994 graduate. “I am as proud of Spelman College as I was the first moment I set foot on campus more than 25 years ago.”

Campbell’s letter said Spelman will have a committee to consider the impact on the campus resulting from the new policy.

In recent years, more single-gender colleges and universities are admitting transgender students. Since 2014, at least eight women’s colleges have moved to allow transgender women, according to Diverse Issues in Higher Education.