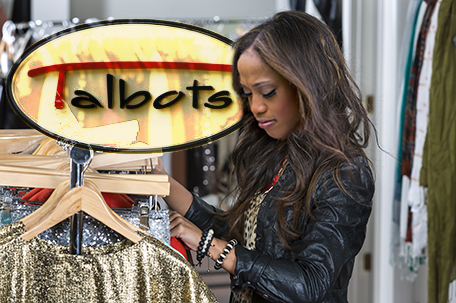 Portia Roberson, an attorney and head of Detroit’s Civil Rights and Justice Department, was racially profiled while shopping in Grosse Pointe, June 29.

Roberson, who is African-American, went to national retailer Talbots to make a return. After browsing and trying on clothes in the fitting room, she was approached by two Grosse Pointe Park Police officers.

The police searched her bags and checked her receipt, clearing her of wrongdoing. However, the officer did take her name and other identifying information and informed the store manager Roberson would not be held.

This is how Roberson described the scenario in her social media post which has since been removed:

“I am returning two purchases that I ordered online and I needed a way to carry them in the store. I inform the sales clerk when I walk in that I have the second bag because I have two items to return, however, I want to look around first. I try on a pair of pants that I like, so I come back out to see if they have another pair in a different color. I go back into the fitting room to make sure those fit also. …and leave the fitting room to pay for my items and return the others. When I exit the fitting room, I’m confronted by two Grosse Pointe police officers who ask to search my bag and ask me if I have any merchandise in the bag.”

Roberson consented to the search and said she was the only customer who was approached by police. According to her, there were four other customers in the store and she asked the clerk why others did not receive the same treatment.

Roberson has refused to talk with the media about the incident.

Lt. Michael Seidel of the Grosse Pointe Police Department said Grosse Pointe Park police responded to the incident and confirmed that there was a call for service.

Grosse Pointe Park recently made headlines because of the city’s decision to erect a barrier — first of snow, now a barn and cement curb — between Detroit and Grosse Pointe Park on Kercheval. The barrier is the brainchild of developer David Cotton who intends to revive Grosse Pointe Park’s shopping strip but is believed by some to be a physical barrier, dividing Detroit from the Gross Pointes.

Talbots CEO Lizanne Kindler contacted Roberson to apologize for the incident saying, “the police should not have been called.”

“We take the claims made by Ms. Roberson very seriously, and we are currently investigating all aspects of the incident. We acknowledge the police should not have been called, and acknowledge Ms. Roberson’s personal belongings should not have been searched. This action was contrary to Talbots policies and practices and was an isolated incident that does not reflect the Talbots culture. All customers are welcome in our stores. Our CEO has reached out directly to Ms. Roberson regarding the incident. As stated within the corporate responsibility section on our website — Talbots is committed to operating under the highest ethical standards, and we take pride in the way we conduct business.”

According to the store’s website, “Talbots stores are designed to convey an open and welcoming feel that complements the brand’s timeless appeal.” They also describe their customer as “well-educated, active in their communities, and socially and culturally aware. They are typically baby boomers though ageless in both style and attitude. Approximately 70 percent have a college education and the majority is professionally employed.”

Roberson, who was appointed to the U.S. Department of Justice as the director of intergovernmental affairs and public liaison by President Barack Obama in 2009, is a graduate of the University of Michigan and Wayne State University Law School. She is the daughter of former Wayne County Circuit Court Judge Dalton Roberson.

Shopping While Black is a term that has emerged describing racial profiling in a retail setting.

Last fall, two African-Americans were stopped and arrested after shopping at Barneys in New York City. Even though they purchased items, the store clerks called police and accused them of fraud. In both instances, the customers produced identification and were later released by police.

The customers are suing Barneys.