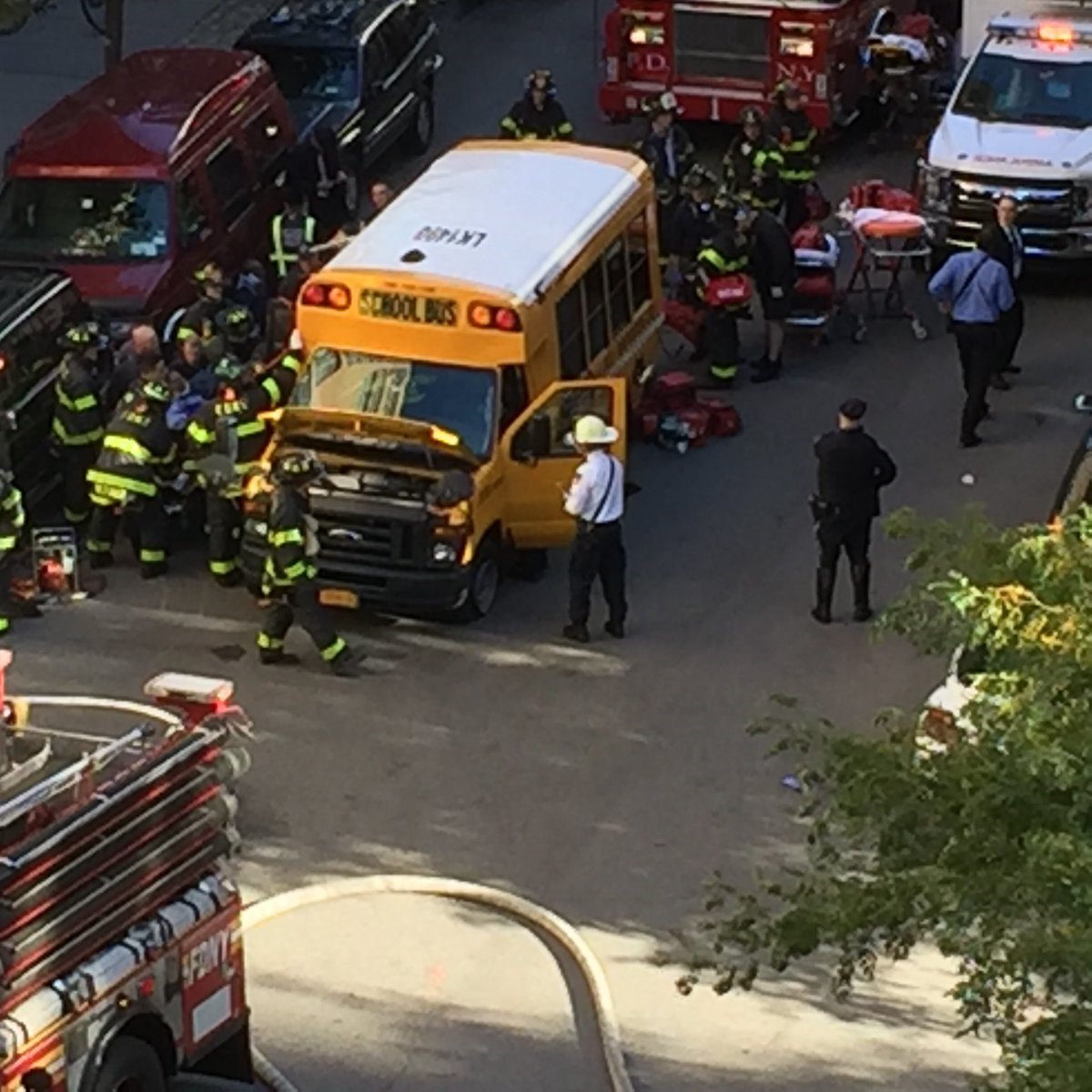 NEW YORK (AP)–At least seven people were killed and another 15 were injured after a vehicle drove down a bike path in Manhattan, New York City in an incident that is being investigated as a possible act of terrorism.

The incident happened just after 3 p.m. on the bike path that runs along a highway in Lower Manhattan.

The NYPD said the driver then hit another vehicle, got out and displayed what was described as an “imitation” firearm.

The driver was then shot by police and is now in custody.

A man who was riding in an Uber along the West Side Highway near Chambers Street said he saw several bleeding people on the ground after a truck struck several people. Another witness said the truck had also collided with a small bus and one other vehicle.

Tom Gay, a school photographer, was on Warren Street and heard people saying there was an accident. He went down to West Street and a woman came around the corner shouting, “He has a gun! He has a gun!”

Gay said he stuck his head around the corner and saw a slender man in a blue track suit running southbound on West Street holding a gun. He said there was a heavyset man pursuing him.

He said he heard five or six shots and the man in the tracksuit fell to the ground, gun still raised in the air. He said a man came over and kicked the gun out of his hand.

Uber driver Chen Yi said he saw a truck plow into people on a popular bike path adjacent to the West Side Highway. He said he then heard seven to eight shots and then police pointing a gun at a man kneeling on the pavement.

“I saw a lot of blood over there. A lot of people on the ground,” Yi said.

His passenger, Dmitry Metlitsky, said he also saw police standing near a man who was on his knees with his hands up, and another man bleeding on the ground nearby. He said the truck had also collided with a small school bus and one other vehicle.

Police were expected to give a news briefing shortly.