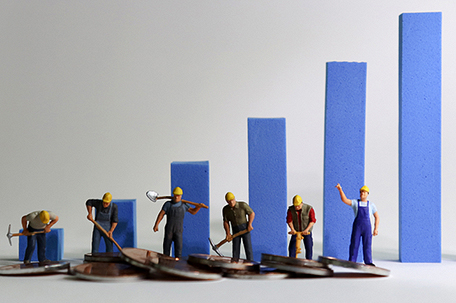 The Republican-controlled Senate approved the bill, 42-7, to raise Pennsylvania’s minimum wage in four steps to $9.50 in 2022, although it is a difficult pill to swallow for many Democratic lawmakers who disliked the concessions that Wolf made in a deal with Republicans.

Pennsylvania’s current minimum wage is the federal minimum of $7.25, which lags each of its neighbors and 29 states that have raised their minimum wages. Still, the bill’s prospects in the Republican-controlled House of Representatives are unclear, and top Republicans there have said little about it or steadfastly opposed any increase.

Wolf, a Democrat, has pushed lawmakers for a higher minimum wage since he took office in 2015.

Helping drive the timing of the deal now was the Pennsylvania Chamber of Business and Industry, which had opposed an increase in the minimum wage.

However, the chamber viewed Wolf’s regulatory package to expand overtime pay eligibility to tens of thousands of salaried workers as far more expensive for businesses, and it backed a compromise on raising the minimum wage to get Wolf to relent on it.

In January, Wolf had backed the goal of putting Pennsylvania’s minimum wage on a path to $15 an hour, as several Democratic-controlled states have done.

Democrats, nevertheless, voted in lockstep to get the bill through the chamber, but, Hughes said, “let’s not say that we are the great saviors for low-income working individuals. The fight for $15 does not stop on the passage of this bill. The fight for $15 will continue.”

Senate Majority Leader Jake Corman, (R-Centre), responded that compromises are tough, but necessary to get a minimum wage bill through the Senate for the first time in 13 years.

In Pennsylvania, the unemployment rate hit a record low this year and payrolls are at a record high. But while Pennsylvania’s median wages grew faster than the national average last year, after being adjusted for inflation, they grew more slowly for workers in the bottom 10th percentile of income, according to an analysis of census data by the labor-affiliated Keystone Research Center.

About 385,000 people in Pennsylvania hold a job that pays between $7.25 an hour and $9.50 an hour, according to the state Department of Labor and Industry.

The bill is far more modest than what Wolf proposed in January, and requires him to make a number of concessions. That includes rescinding his proposed overtime regulation before a state rule-making board votes on it Thursday.

Other concessions made by Wolf include dropping his proposal to eliminate Pennsylvania’s tipped wage minimum, now $2.83, so that the broader minimum wage applies to tipped workers, and boosting the minimum wage annually so it keeps pace with inflation.

Democratic lawmakers also unsuccessfully sought to allow cities to set their own minimum wage higher than the state’s wage.