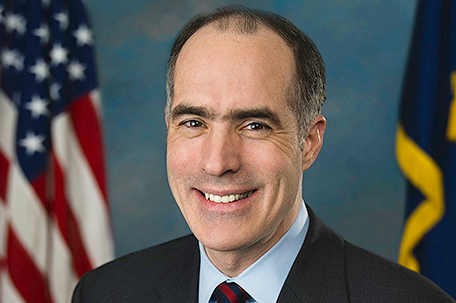 This legislation would respond to the increased need for health care during the public health and economic crisis by creating a quicker and more responsive process for supporting state Medicaid programs.

It would address fluctuating demand in states for Medicaid by automatically connecting the Medicaid Federal Medical Assistance Percentage (FMAP) to state unemployment levels, so that additional federal aid would ebb and flow with a state’s economy.

“For more than 50 years, the Medicaid program has played a vital role in providing health coverage to low-income Americans. Medicaid is designed to respond to economic crisis, serving as a critical safety net for people who lose coverage due to job loss,” said Senator Casey. “During the COVID-19 pandemic, as more people turn to Medicaid for coverage, more pressure is placed on already strained state budgets. This bill guarantees an increase in federal Medicaid funding during an economic downturn, giving states reliability when planning their budgets and protecting health coverage for Medicaid beneficiaries during difficult times.”

“The last thing Ohioans should have to worry about during an economic downturn caused by a public health crisis is losing access to health care,”added Senator Brown (D-Ohio). “This bill would prevent states like Ohio from having to make tough budget decisions and get our state the resources it needs to ensure Ohioans can continue to get the health care they need.”

In order to ensure accuracy, a state’s FMAP increase would be calculated based on Local Area Unemployment Statistics collected by the Bureau of Labor Statistics and modified based on prospective and retrospective analysis.

The Center on Budget on Policy Priorities (CBPP) estimates that if this bill were enacted at present, Pennsylvania would receive approximately $2 billion in additional Medicaid funding per quarter.