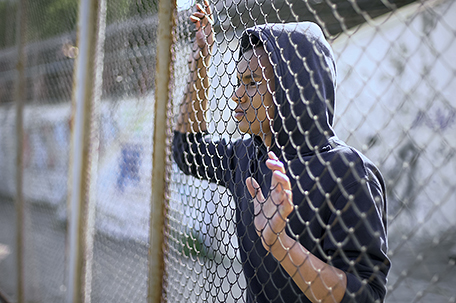 Unfortunately, America’s prisons have been home to widespread abuse and mistreatment of youth. Young people, meant to be focused on rehabilitation in a safe environment, are often subjected to systemic harms such as physical and sexual violence, solitary confinement, pepper spray, and harmful restraints from other youth and facility staff.

Under current guidelines, the PLRA makes it difficult for abused youth to seek any remedy for their suffering by setting burdensome requirements before a lawsuit can be filed, limiting the types of relief that can be received, preventing lawsuits for emotional injuries, and creating obstacles that can impede retention of adequate legal representation.

The Justice for Juveniles Act exempts youth from the requirements of the PLRA to ensure that they are properly protected from abuse in these institutions.

“We must protect the wellbeing of all children, including those housed in corrections facilities,” Scanlon said. “Not only are juveniles more likely to be subject to abuse but they are less likely to be able to remedy it because of their youth. Our bill aims to eliminate obstacles to juveniles seeking relief against abusers under the PLRA.”

“We prosecute too many juveniles in adult court,  Armstrong said. “The least we can do is remove some of the bureaucracy if they feel that they have a valid claim.”

The Justice for Juveniles Act has received support from organizations on the front lines of ensuring access to justice for our youth, including the Juvenile Law Center and the Campaign for Youth Justice.

“Across the country, young people who are incarcerated far too often face physical abuse, sexual abuse, solitary confinement, pepper spray, and restraints,” Jessica Feierman, senior managing director of the Juvenile Law Center, said. “They need the legal system to keep them safe.  This bill is a huge step forward, as it will better provide youth access to the courts when they are abused or mistreated in facilities.”

“Youth held in adult jails and prisons are highly vulnerable to abuse and are five times more likely to be sexually abused than youth held in juvenile detention facilities,” Rachel Marshall, federal policy counsel with the Campaign for Youth Justice, said.

“Youth also lack the maturity to fully understand, pursue, or exhaust the complex administrative rules and procedures in correctional facilities. We applaud the introduction of the Justice for Juveniles Act and the protections it provides to youth within the justice system.”