Reports: Chicago teen found dead in freezer may have been set up by friends to be raped and killed 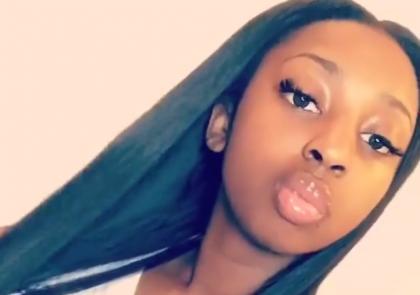 In a cryptic video posted to Facebook Live Saturday, Kenneka Jenkins could apparently be heard saying, “Help me,” in the background. Police said Jenkins was drunk at a Chicago hotel, walked in a freezer and died. Rumors on Twitter, however, claimed Jenkins’ friends set her up to be raped and killed for money. The video that Monifah Shelton posted garnered more than 1.6 million views by Tuesday.

Shelton shared a clip of herself with Jenkins before she was found. “Come home so I could see yo big ass smile. idk how to feel right now I’m literally sick to my stomach. I love u so much & I hate this even happening to you right now I’m over here praying for you baby wherever u at I hope u okay god got you,” she wrote.

While police didn’t name Shelton or her other friend, Irene Roberts, as people of interest, Twitter users were apparently convinced of their guilt. They took to the mini-blog to share their theories. Some of them have been posted below:

It’s crazy how that girl Monifah Shelton set her own BestFriend up __. That’s so fucked up ‼️

#KennekaJenkins Sick!!! Bernard Ridley Monifah and Irene ..all knew what was going down! Are they locked up yet?? pic.twitter.com/8vzIUT6lep

Y’all can’t tell me Monifah ain’t set Kenneka up to get killed.

her friend who party is was. Monifah Shelton. Doesn’t really show shit but you can hear buddy in the background

Jenkins’ mother, Tereasa Martin, was not convinced her daughter walked into a freezer because she was drunk. More, she claimed if police started to look for Jenkins when she first called them at 5 a.m. Saturday morning, she might still be alive.

Rosemont Police seemed satisfied with their explanation, but like Jenkins’ mother, internet users were convinced there was more to the story. One of the most damning parts of evidence was the live video Irene Roberts posted to Shelton’s Facebook page.

Some claimed they could hear Jenkins’ say, “help me,” in the video. When her apparent cries can be heard, Roberts turns up the music. In a different part of the clip, a male voice apparently says, “We’re about to murder somebody.” That video has garnered more than 4 million views, over 55,000 shares and thousands of comments.