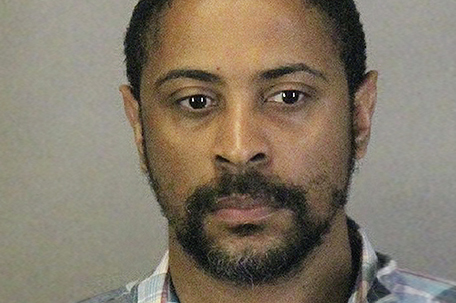 ABOVE PHOTO: FILE – File photo released Wednesday, April 24, 2019, by the Sunnyvale Department of Public Safety shows Isaiah Joel Peoples. The San Francisco Chronicle and KRON TV report that the FBI has opened a hate crimes investigation into the Iraq War veteran, Peoples, who police say injured eight people in Sunnyvale after he drove into a crowd of pedestrians because he thought some of the people were Muslim. Peoples’ attorney, Chuck Smith, says the crash was in no way deliberate. (Sunnyvale Department of Public Safety via AP, File)

SAN FRANCISCO — An Iraq War veteran deliberately drove into a group of pedestrians because he thought some of the people were Muslim, California authorities said Friday.

Isaiah Joel Peoples, 34, faces eight counts of attempted murder for injuring eight people, including four who remain hospitalized. The most seriously injured is a 13-year-old Sunnyvale girl of South Asian descent who is in a coma with severe brain trauma.

“New evidence shows that the defendant intentionally targeted the victims based on their race and his belief that they were of the Muslim faith,” Sunnyvale police chief Phan Ngo said.

Peoples appeared briefly in Santa Clara County Superior Court last Friday. He did not enter a plea and is being held without bail.

The former U.S. Army sharpshooter experienced post-traumatic stress disorder after serving in Iraq, his family said. Peoples’ attorney, Chuck Smith, said that the crash was in no way deliberate.

Smith said after the hearing that they do not dispute what happened, but that his client’s mental state is the issue.

“He served our country, honorably and admirably, and he’s led an otherwise blameless life,” Smith said, “So there’s no explanation for this other than his service, the things he saw and what happened to him mentally while serving our country.”

Peoples was on his way to a Bible class Tuesday in the Silicon Valley suburb of Sunnyvale when he told investigators he intentionally drove into a group of men, women and children, police said. The 13-year-old girl was hit along with her father and brother, who had minor injuries.

Jay Boyarsky, chief assistant district attorney for Santa Clara, said the charges carry a sentence of life in prison. He said they will file hate crime allegations if warranted.

“There is very appalling and disturbing evidence that at least one or two of these victims were targeted based on the defendant’s view of what their race or religion may have been,” he said.

Peoples showed no remorse after his car plowed at high speed into a group of people in a crosswalk before hitting a tree, Ngo said.

But Ngo said that “he did not behave in any manner that would be considered bizarre,” when taken into custody.

Family and friends described Peoples as quiet and polite and expressed shock at his involvement. His mother, Leevell Peoples of Sacramento, said her son had “a bad episode” with PTSD in 2015, for which he was hospitalized.

Peoples was honorably discharged from the Army, and police were investigating the PTSD report, Ngo said. Peoples had no criminal record and owned one weapon, a disassembled and inoperable shotgun that was in the trunk of his vehicle, according to the police chief.