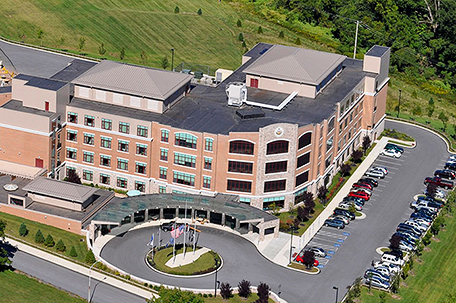 HARRISBURG, Pa. — A law firm’s state-commissioned investigation into a troubled veterans home in the Philadelphia suburbs identified myriad problems and mistakes it said helped the coronavirus sweep through the facility like wildfire this spring. The report issued Thursday said supervisors at the state-owned Southeastern Veterans’ Center waited too long to end communal dining, should have done more to isolate infected residents and did not properly inform relatives about what was happening.

It said that “even the most well-planned, coordinated, and effectively executed approach could not have kept COVID-19 from the facility, or eliminated entirely its impact,” but the center mishandled its response “in many significant ways, which contributed tragically to the heartrending events that occurred there.”

State data shows at least 42 residents of the 292-bed Southeastern Veterans’ Center have died of the virus, the most among the six state-run veterans’ homes.

The Department of Military and Veterans Affairs issued a statement about the report, saying veterans homes have “learned more about how to manage and alleviate this virus.”  The agency said it “has implemented most of the recommendations in this report that could be implemented immediately and is now in the process of reviewing and implementing additional recommendations, to include a review of its organizational structure; crisis management; communications; and infection control procedures.”

The report said training to prevent and control infection was “limited reactive and generally inadequate,” and cited among the mistakes the extensive of hydroxychloroquine, which has been deemed ineffective, “without regard to underlying conditions or potential reactions with other medications.”

It was June before any contact tracing was performed at the facility to see who else may have been infected.

The report found “an authoritarian work environment” made people unwilling to speak up.

David Heim, a lawyer for the facility’s former commandant, Rohan Blackwood, and former nursing director Deborah Mullane, wrote in a letter appended to the report that they had both been fired last week.

Heim said the two had been scapegoated and the report failed to note that the home’s problems occurred as nursing homes around the country struggled to cope with the pandemic.

“While it is easy to Monday morning quarterback, SEVC leadership made the best decisions based on available information from sources at that time,” Heim wrote. He said the report amounts to “selective investigation and false allegations designed to cover up systemic failures.”

A June 9 inspection by the state Health Department concluded that facility leaders failed to ensure that staff wore protective gear or washed their hands and shuttled nursing staff between COVID-positive units and regular units.

The lawsuit also alleged top managers were indifferent to suffering residents, denying sick residents timely transfers to hospitals and hiding the severity of their condition from family members.The state attorney general’s office said Thursday its criminal investigation into the home continues, but offered no other details.