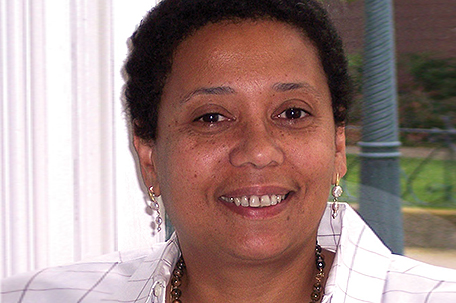 SAN FRANCISCO– When Dori J. Maynard was asked what her middle initial “J’’ stood for, she didn’t miss a beat in answering.

Her middle name was really Judith, but the response was still appropriate. For Maynard, journalism wasn’t just a part of her life, it was her life.

Maynard, president of the Robert C. Maynard institute for Journalism Education in Oakland and longtime champion of diversity in journalism and civic life, died Tuesday at her West Oakland home from complications from lung cancer. She was 56.

Because of Maynard’s work, the “Fault Lines’’ concept of diversity is taught at many U.S. journalism schools and is used as a framework in newsrooms across America, said retired, former Los Angeles Times editor Frank O. Sotomayor. First developed by her late father, Robert C. Maynard, a trailblazing journalist, it was Dori Maynard who spent years holding training sessions and spreading the message that diversity is not only about race and ethnicity, but also gender, class, age, generation, geographical location, sexual orientation, religion and political views.

More than anything, friends and colleagues said, Dori Maynard was a teacher.

“She was a journalist. She was a storyteller. She was a businesswoman. She was a thought leader,’’ said Martin G. Reynolds, senior editor for community engagement at the Bay Area News Group and a Maynard Institute board member. “But when you peel all of that back, really, she was a teacher. She was trying to teach an industry about something that was important for it to do its job. I think the best teachers are people who can connect and make people feel as though they are important and their views and values are being heard.’’

Bob Butler, president of the National Association of Black Journalists, said Maynard advocated tirelessly for the future of the institute and its programs, reminding everyone that the work of bringing the diverse voices of America into news and public discourse is more vital than ever.

“Under her leadership, the Institute has trained some of the top journalists in the country and helped newsrooms tell more inclusive and nuanced stories,’’ he said.

The daughter of former Oakland Tribune owner and publisher Robert C. Maynard, the first African-American man to own a major U.S. newspaper, Maynard knew from an early age she wanted a life as a journalist.

“Her father was a huge influence on her, and I think his legacy influenced her so much,’’ said Reynolds, who called Maynard one of his best friends. “His values of what a newspaper should be and reflect were commandments for her and her approach to her work. It was so much of who she was.’’

After graduating from Middlebury College in Vermont with a bachelor’s degree in American history, she went on to work at the Detroit Free Press, the Bakersfield Californian, and The Patriot Ledger, in Quincy, Massachusetts. She was a Nieman fellow at Harvard University in 1993.

Jason Seiker, editor-in-chief at The Daily Telegraph in London, worked with Maynard when they were young journalists at The Patriot Ledger.

“Dori was a fearless reporter and a vibrant and hugely popular colleague,’’ he said in an e-mail. “She was known in the newsroom for her unstinting honesty and generosity. Even on deadline, she would always make time for anyone who needed a word of advice or encouragement. For all of her professional accomplishments – and the ways she changed American journalism for the better – I will remember her most as a principled and kind human being with a damn good sense of humor. What a loss.’’

“One of the last notes she sent, as I was about to start a new (company position), was characteristically generous and supportive. `Let’s get together soon and toast your new assignment,’ “ Rowlands recalled Maynard saying.