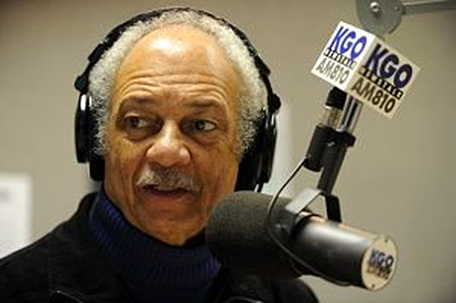 Foul play does not appear to have been a factor in the death of longtime KGO radio host Ray Taliaferro, whose body was discovered Sunday in the Kentucky town where he went missing on Nov. 10, authorities said.

Police in Paducah, Kentucky, issued a news release sharing initial results from an autopsy performed Tuesday, but they noted that the report has not been finalized.

“Preliminary autopsy results confirm Paducah police detectives’ initial findings that foul play is not indicated in the death of Ray Taliaferro,” the release said. “Exposure to the elements may have been a factor in the California man’s death.”

Taliaferro, a 79-year-old resident of San Francisco, had not been seen since Nov. 10, when his wife of six months reported him missing to the Massac County Sheriff’s Office in nearby southern Illinois.

The pair was visiting a property that his wife, Charlotte Crawford, had inherited in Brookport, Illinois. Police and a family spokesperson both said that Taliaferro and Crawford were preparing to leave the property in a rental car together, when she went to the rear of the house to check on a window.

When she returned, the car and Taliaferro, who may have been suffering from a memory issue, were gone.

His body was found Sunday by two teenagers in a wooded area of Paducah, about a mile from where he was last seen, police said.

Brian Laird, assistant police chief in Paducah, told this news organization Monday that when Taliaferro’s body had been found, it appeared it had been there for a period of time.

“There were some leaves around him and on him to indicate he wasn’t recently placed there, or that it had been within the last day or two that he had appeared there,” Laird said.

On the afternoon of Nov. 10, the day he was reported missing, Taliaferro was seen walking in Paducah, which is just a short drive away across the Ohio River from Brookport.

He spoke with employees of local businesses and restaurants in Paducah, some of whom said they were concerned about his mental state, as Taliaferro repeatedly introduced himself.

On Nov. 16, authorities found the rental car he and his wife had been using, after employees of the bank Taliaferro had visited on Nov. 10 noticed it parked outside the next week and called police. Investigators found Taliaferro’s cell phone in the car.

Local authorities also requested assistance in the missing person case from the Federal Bureau of Investigation in late November, according to an FBI spokesman.

Brad Ware, a media representative for the FBI, said Monday that agents from an Illinois field office were sent to the Massac County area of Illinois and Paducah on Nov. 29 to do interviews and assist in the case. Ware said the FBI likely won’t be involved any further, unless results from the autopsy warrant it.

According to Bay Area News Group archives, he was also the head of the local chapter of the NAACP and was the first black member of San Francisco’s arts commission.

Taliaferro was inducted into the National Association of Black Journalists Hall of Fame in 2011.

Police said their investigation is continuing, and that more information will be released as it becomes available.